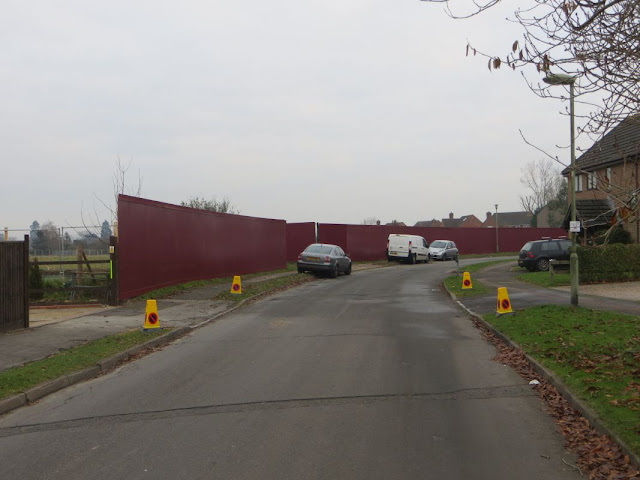 Quite a long section had bee fenced off from  view 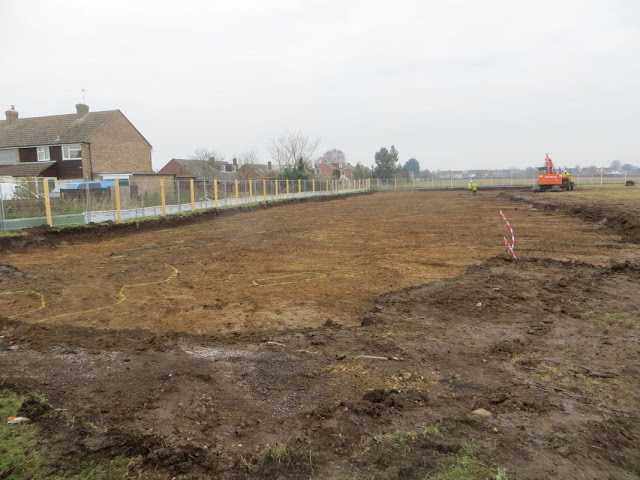 Behind it was obvious they were stripping back the top layer of soil looking for archaeology, the yellow markings showed areas of interest 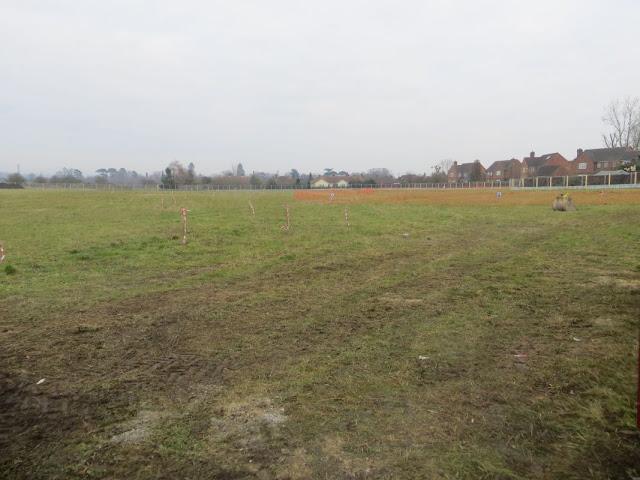 This is what the rest of the field looks like 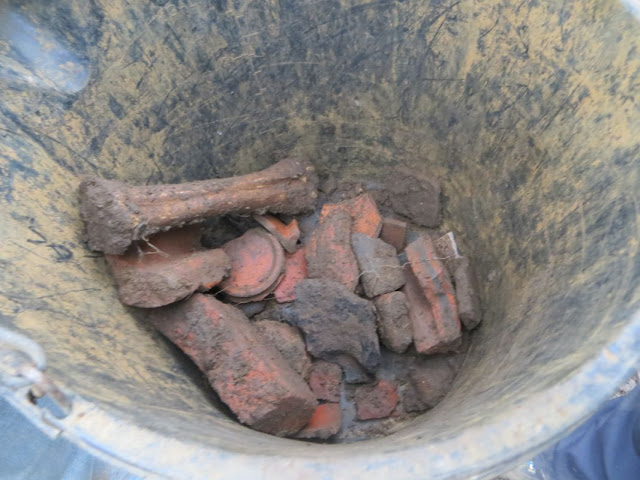 Lucky one of the archaeologists saw me hanging about and came over, his assistant had a bucket which he showed a few things they picked up, some of it Roman. There were roof tiles and parts of pots, the small round one is the base of a little beaker. 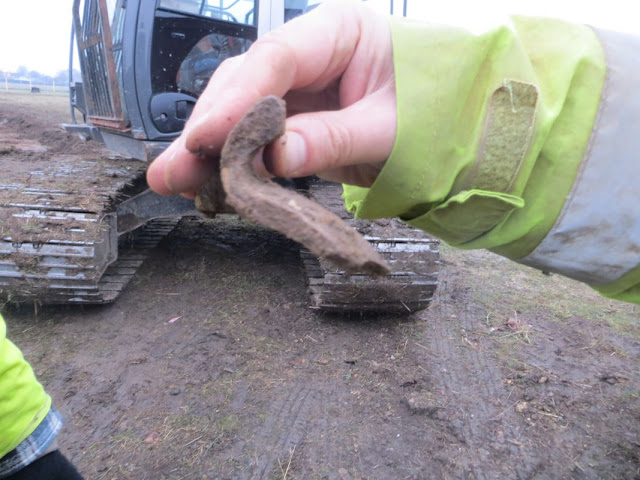 This one he held up was off a storage jar 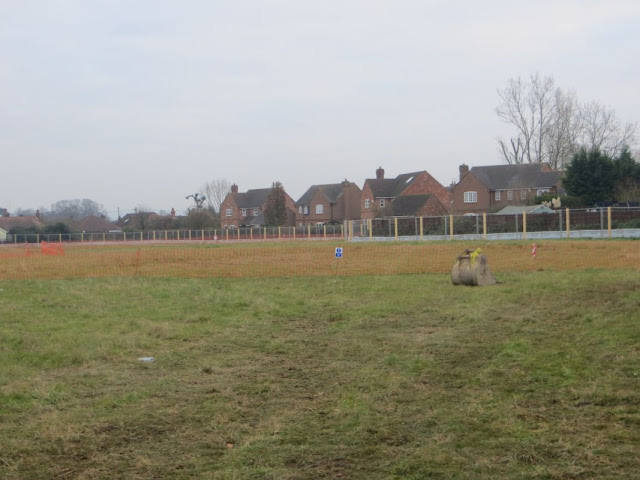 The last time the dug ten months ago they found a Roman Building or Villa in that fenced off area and it was excavated, had I realised I'd have been round like a shot. The building extended off to the right under some 1960's housing and no doubt was badly damaged in the work being done. I came away feeling quite pleased we had such history in the Village. The fenced off area was covered to preserve what is left of the building and will become a childrens play area. Don't worry I'll be back for an update as they are going to do an open day to show people what they found.
Taking Part in Our World Tuesday