Urban foxes are becoming a common sight in our city's & towns though being some one from out in the country I don't come across them very often. Unlike their country cousins they tend to be a bit manky and covered in Mange. I have only ever seen one before while up  in one of the London suburbs and after walking round Highgate Cemetery on Monday was surprised to see this Vixen 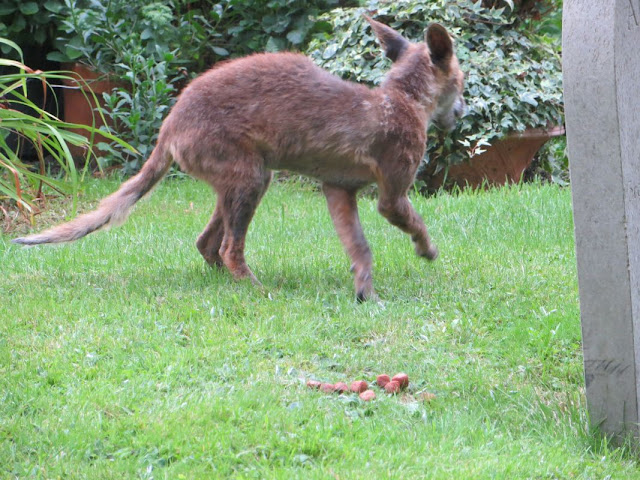 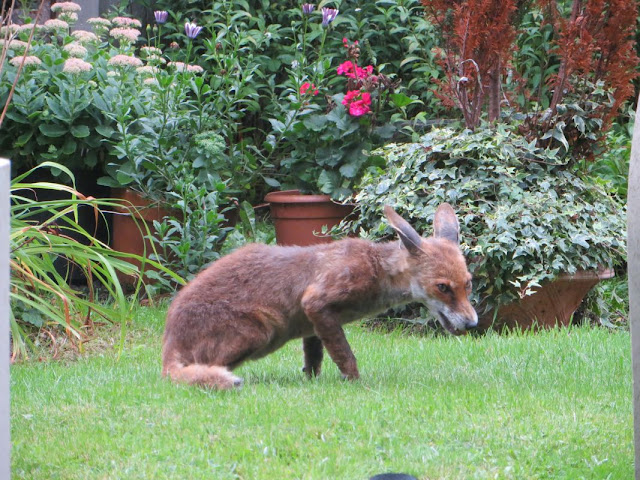 Chewing quickly while watching the people nearby who were only a few meters away. Try that out in the country all you would see was a tail where it ran away 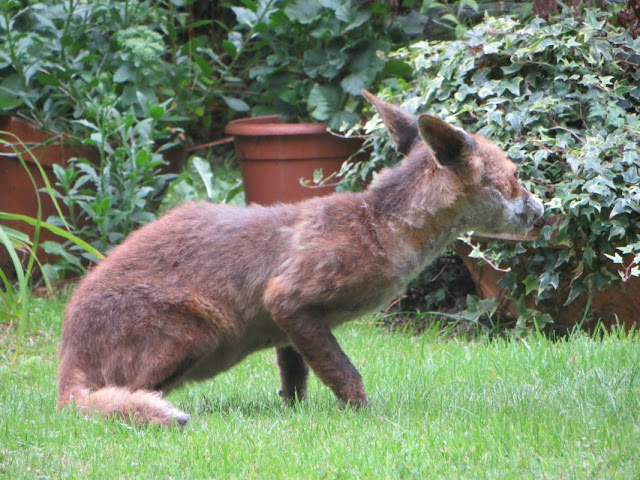 Heard a noise, the staff were chasing off the hungry magpies which steel the food 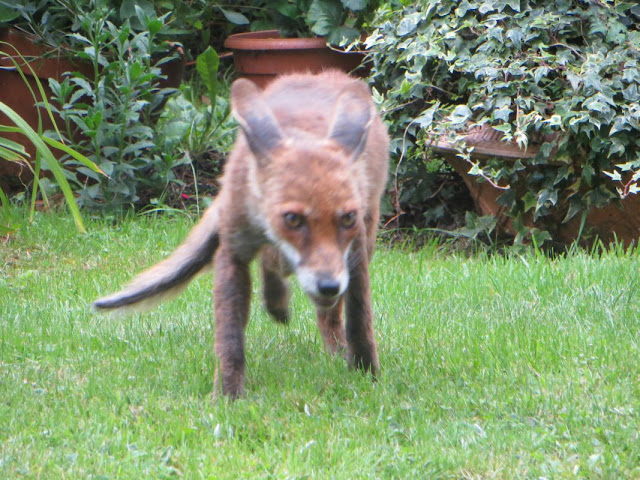 Need some more food. We left after this photo not wanting to frighten the poor thing more that it was already.
Taking Part in Our World Tuesday