While at my Favorite campsite the other day I noticed there was a round of the British mountain bike championship being held there. Lots of people on bike around though on the first day I had other things to do so only say fleeting glances of the races as they went along the hillside. On Sunday I was amazed at the noise fist thing in the morning, it sounded like hundreds of bees swarming around as cyclists warmed up on Turbo trainers (missed getting a photo of that) but a little later I took one of the dogs for a walk before we left for home and went to the start of one of the races to watch. This is what I saw. 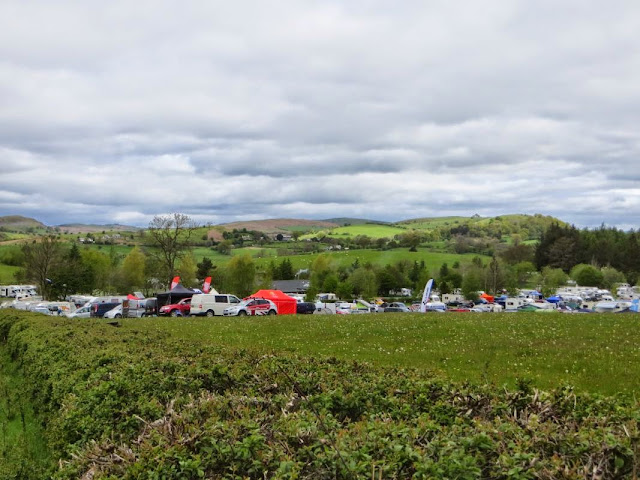 This the area where all teams and support were based 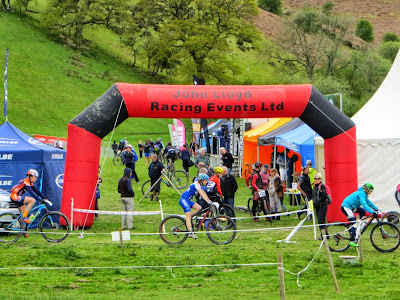 looking over to the events arena 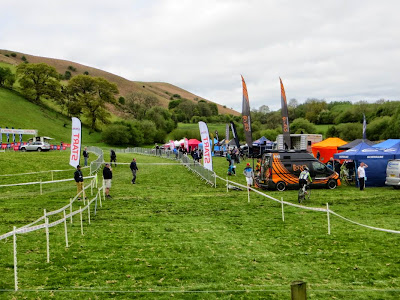 and over to the left is the start 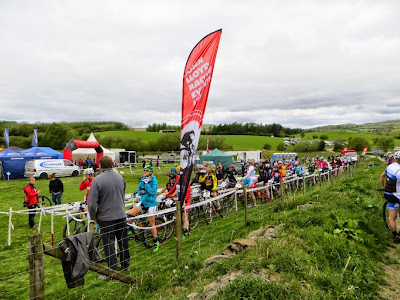 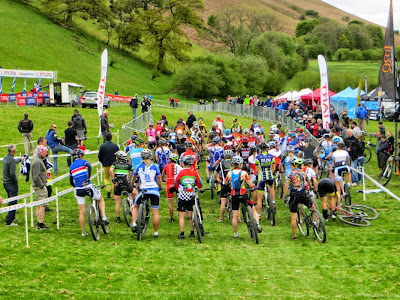 and this is them all at the start 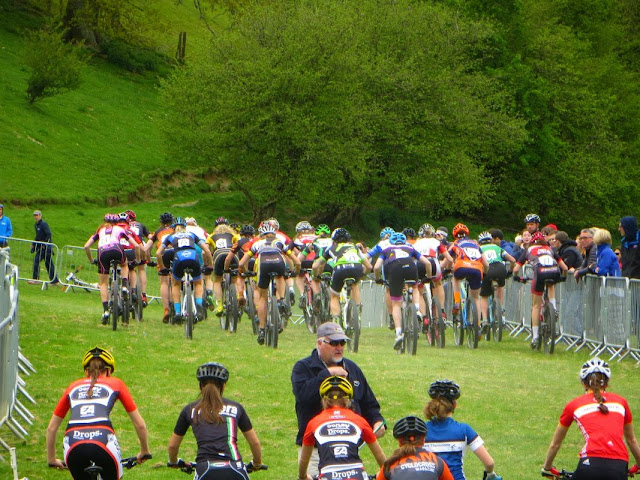 This is the start as the novice group races off 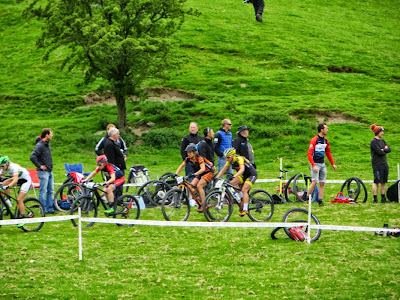 and round the back from the first bend 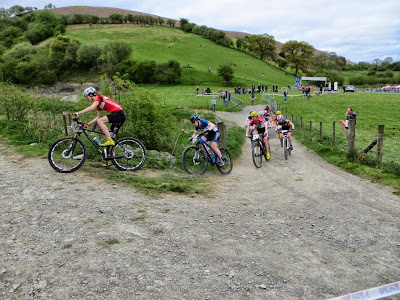 then into the second one 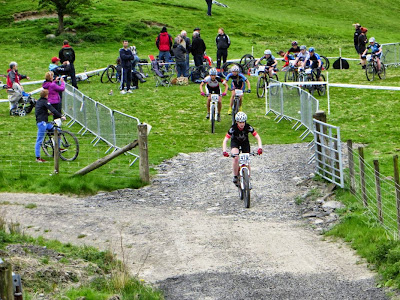 looking back to the fist bend and the second group 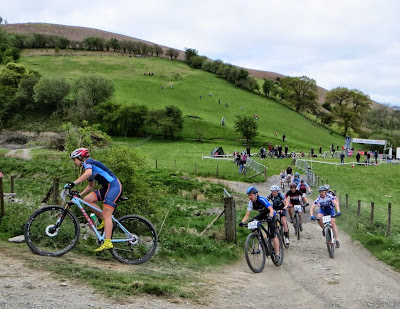 here they go round the second bend 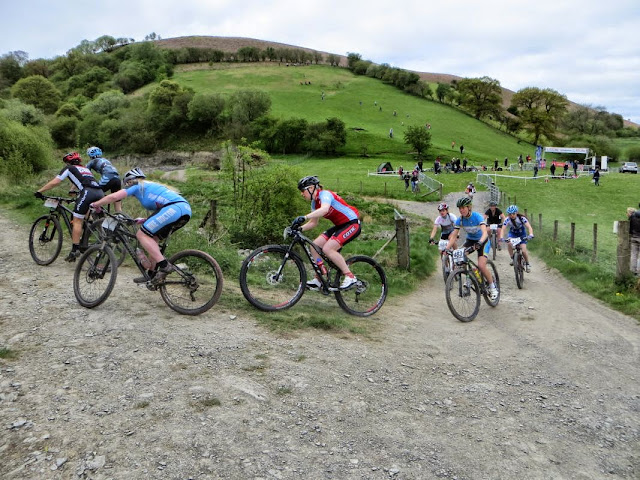 jostling for position. They head up the hill you see behind which I might add is quite steep and wears you out walking up, you can see people going up the hard way. I left after this only wish I had brought my DSLR and long lens down to take some better photos, still maybe next time.
Taking Part in Our World Tuesday
Posted by Billy Blue Eyes at 07:51