You may have noticed that I tend to follow the  construction of buildings which have been going on near where I work. I featured one a few weeks ago well this building has been going up at the same time and is for the European Space Agency. Different methods were used if you copare the two. This is a timeline to it's present state

A week or so before the start archeological digs were done

then tower cranes and site offices and the first concrete poured 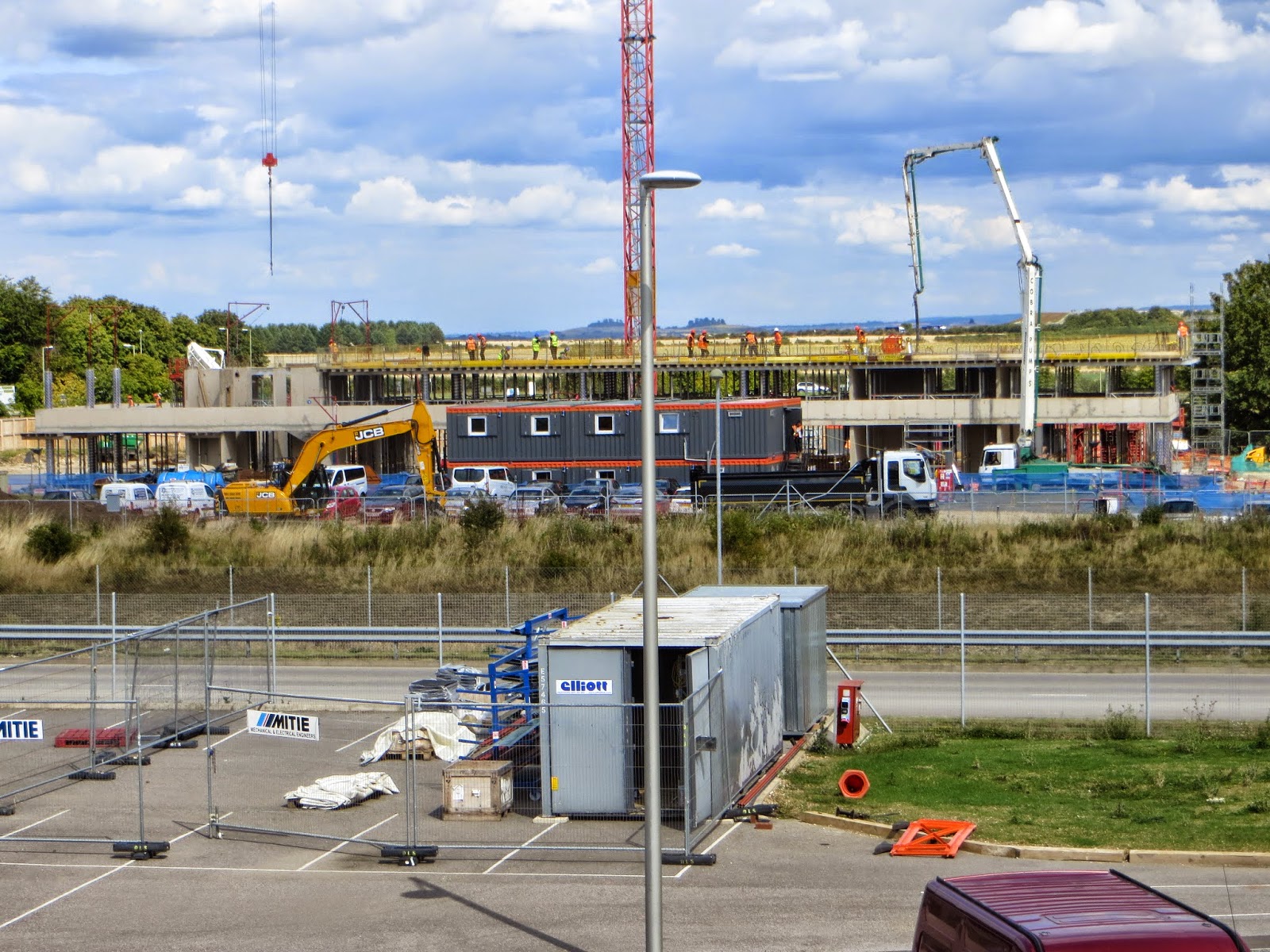 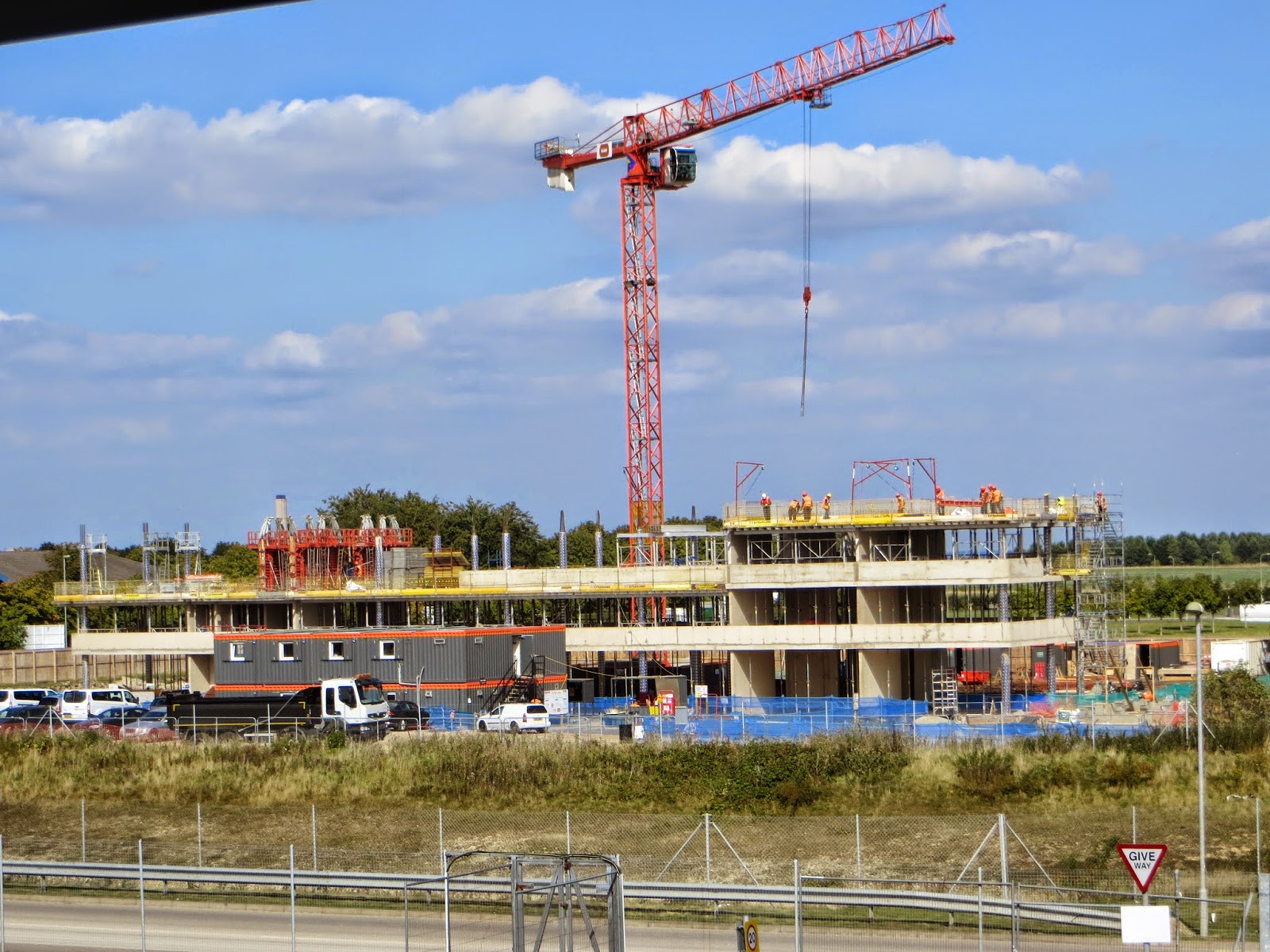 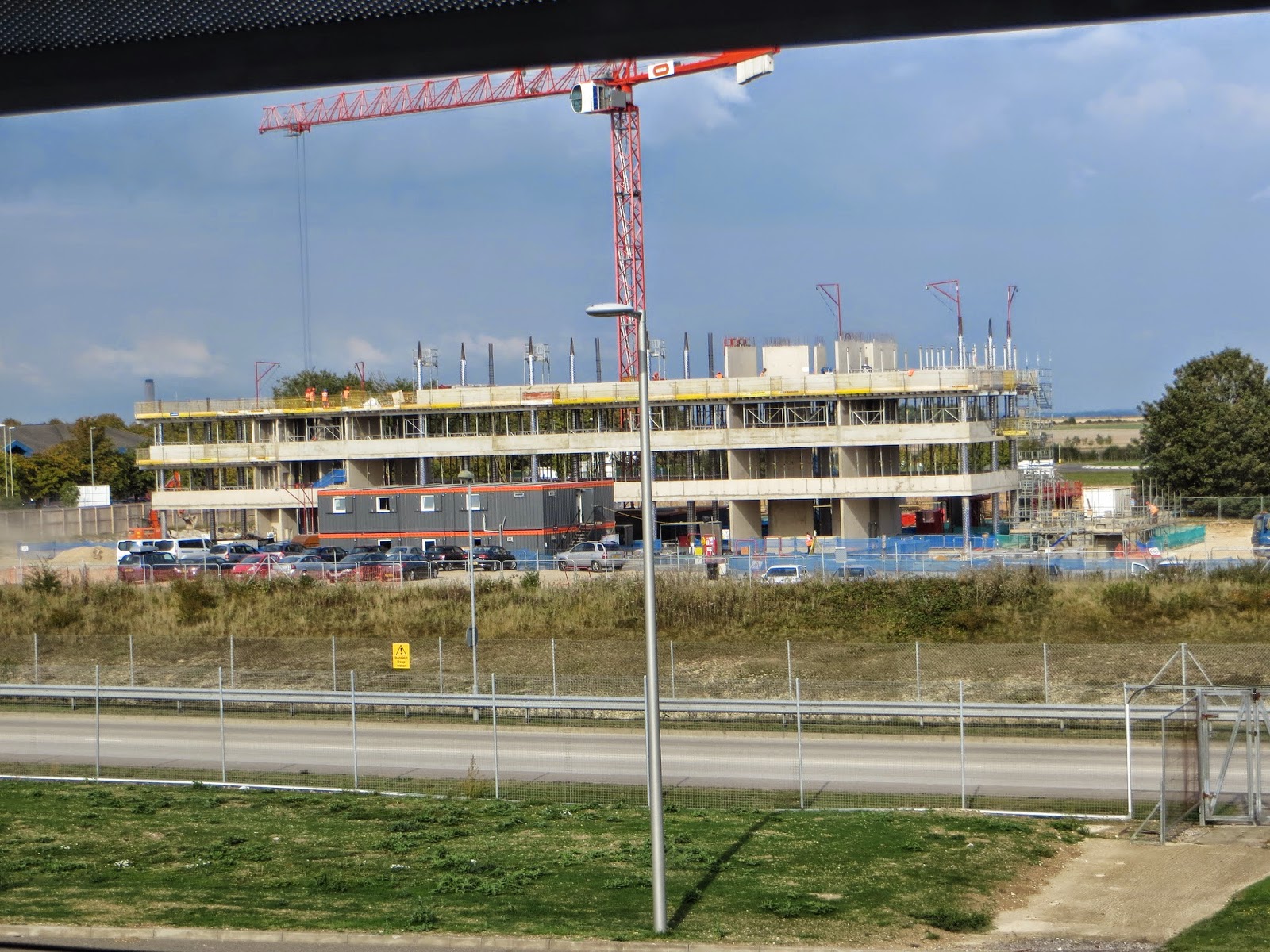 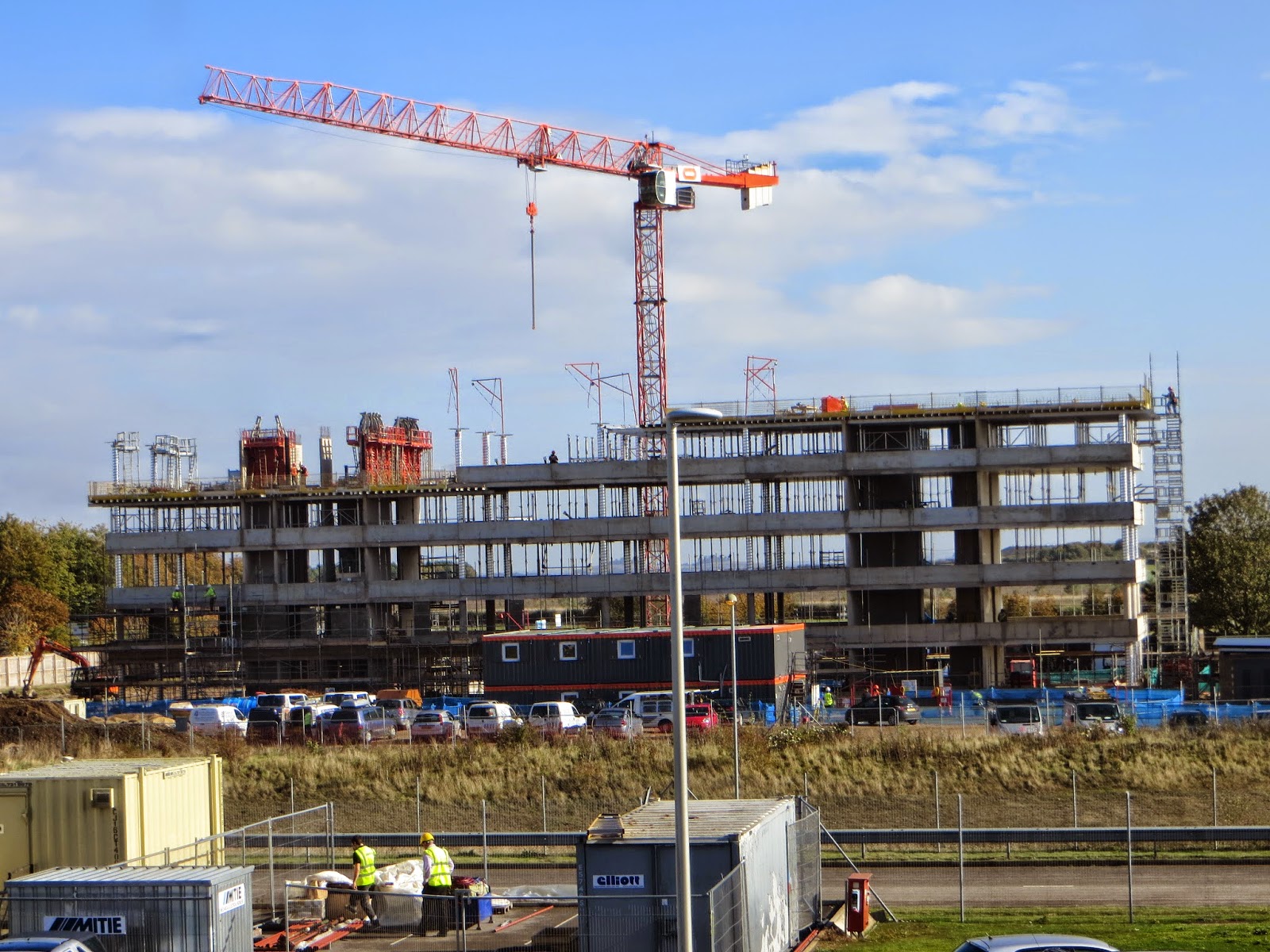 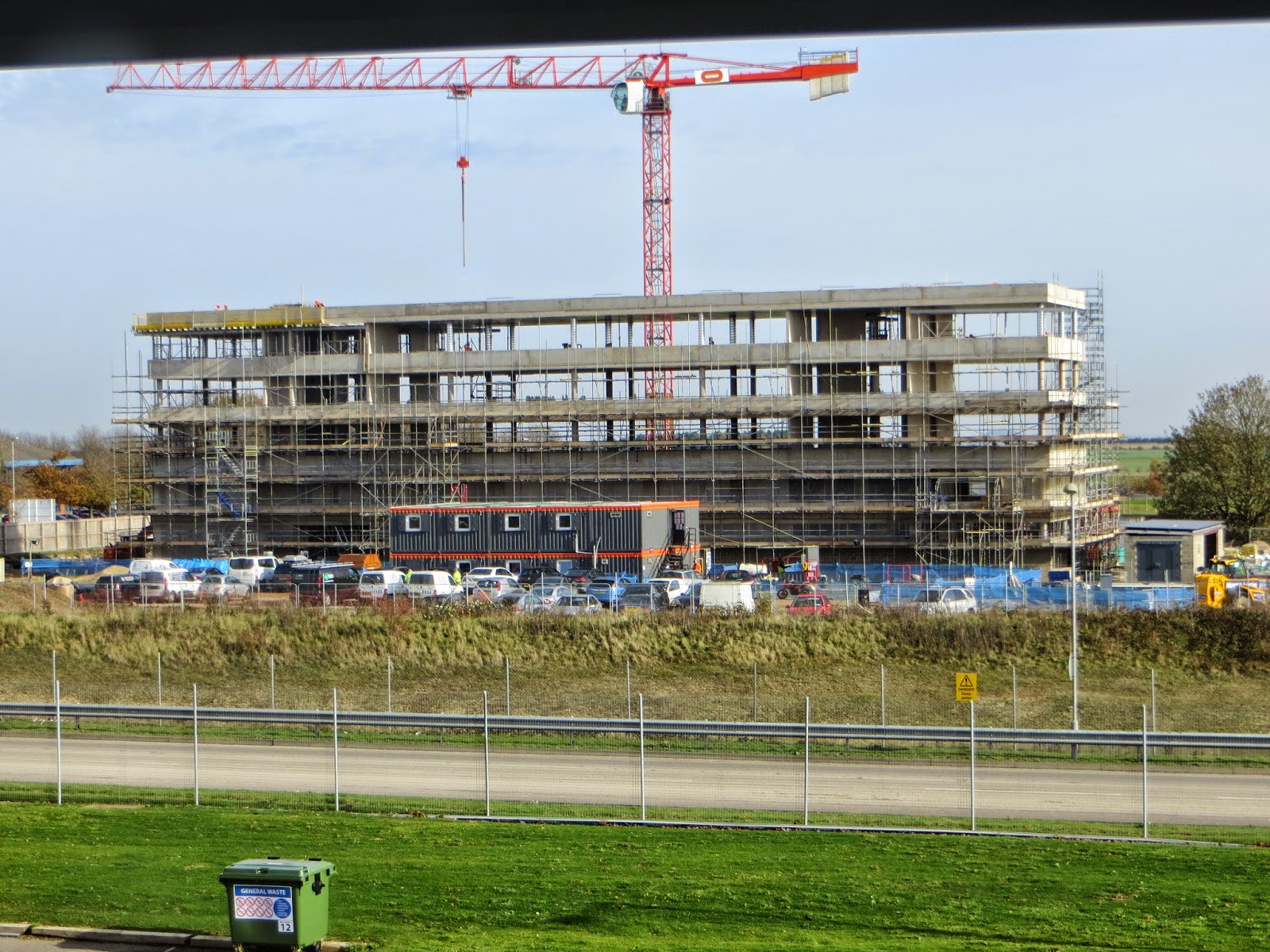 Thats it for the floors 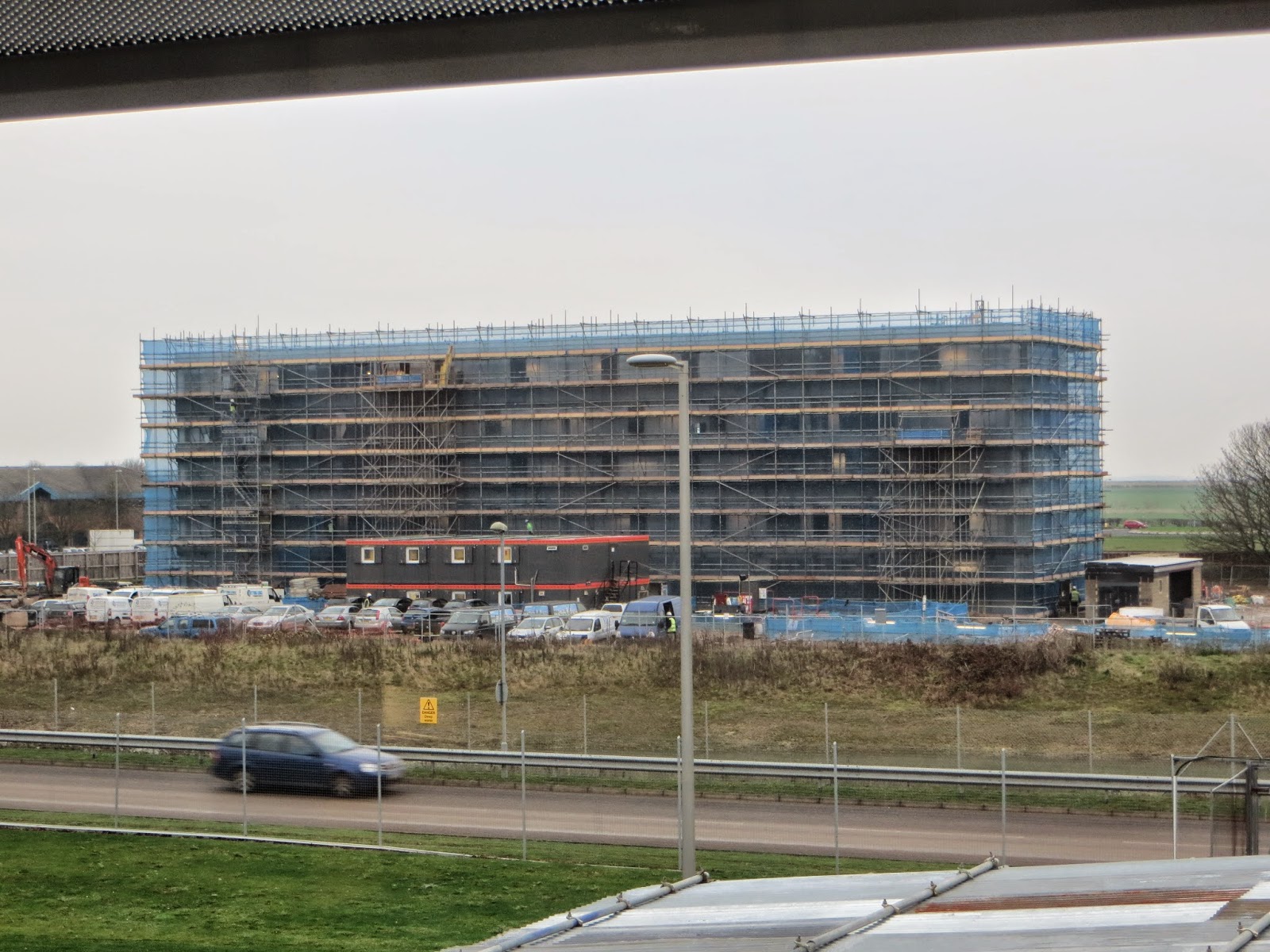 Crane is gone and the finishing off and fitting out begins. I'll bring an update of the finished building later this year.
Taking Part in Our World Tuesday
Posted by Billy Blue Eyes at 07:54