A couple of months ago I showed a photo of a Future Mural which was being painted to hang in the Pavilion. The Mural comprised of eight panels making a piece that made a painting up four meters by two. It was painted buy local artists  who met once a week then over the school holidays took home one of the panels each to complete. The met back again in September  to see how it was coming along and by October it was almost done. During the time it was being painted I recorded the progress then on the 2nd November it was unveiled and I went over and took a photo of the finished mural. The following photos show some of the progress like I showed a few weeks ago. 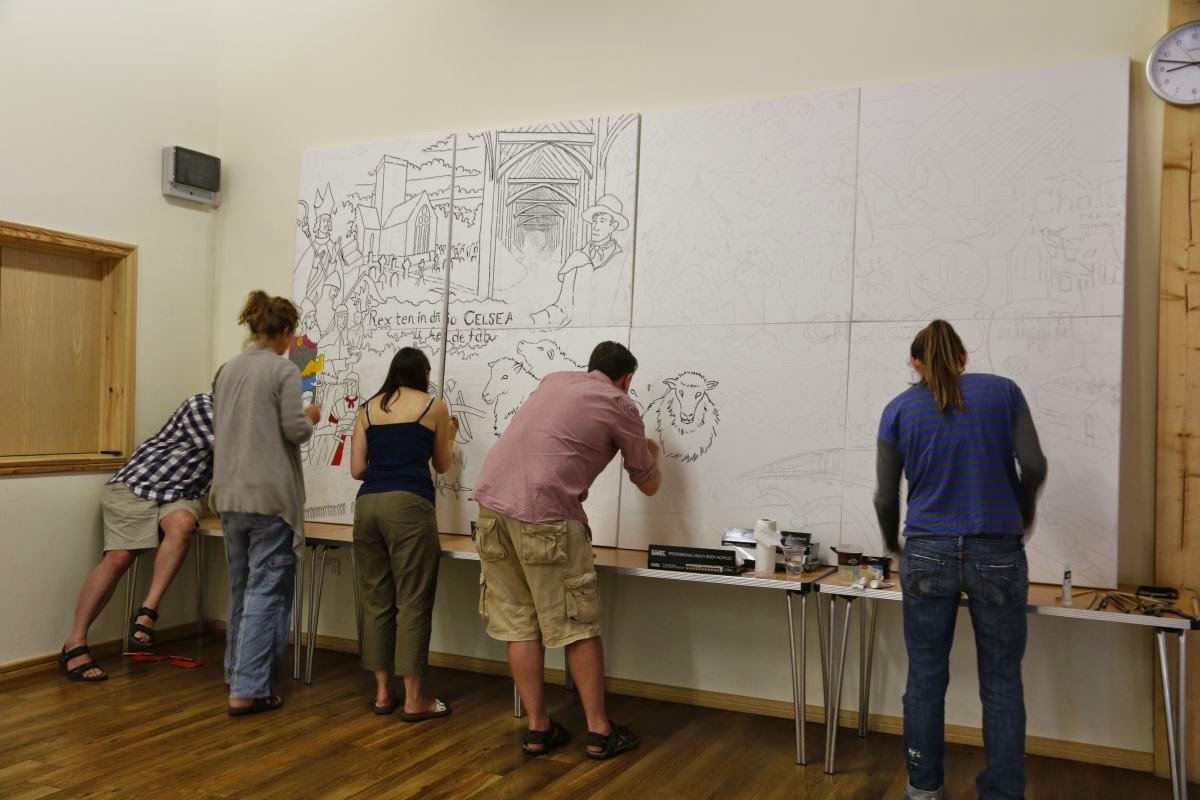 This is the mural a week after it was started with the artists doing their work. 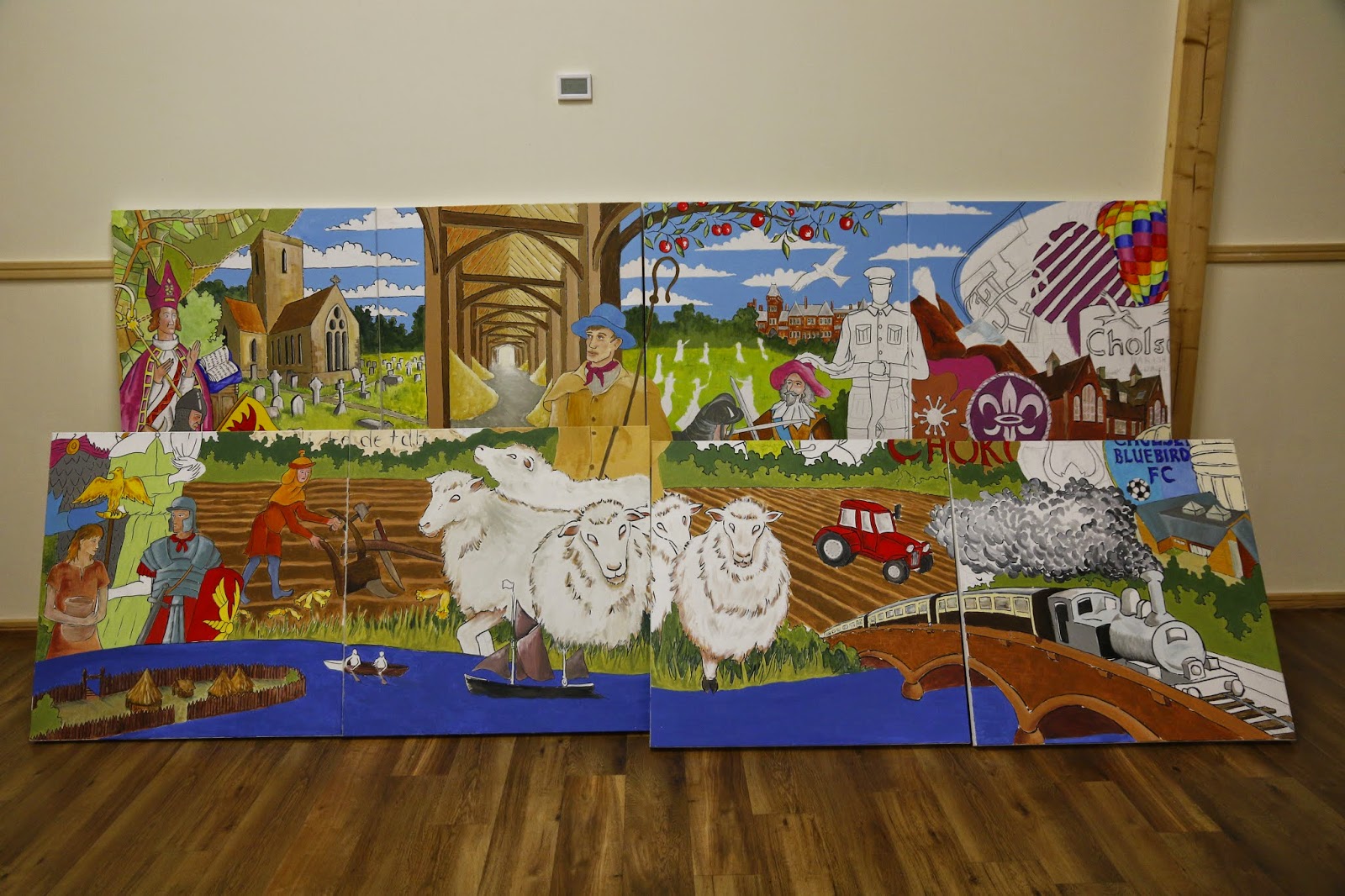 The mural a couple of weeks before completion

and this is the completed Mural, very neat don't you think. Come back tomorrow and I will tell you what each of the panels depicts.
Taking Part in Monday Mural
Posted by Billy Blue Eyes at 21:45