One of the more famous places in the UK, one which people from all over the world come to visit. There is a lot of history enveloping the place and the surrounding area. I doubt that historians really know what it was built for let alone the so called druids that flock to the place to welcome the solstice’s in. If you can get BBC iPlayer then watch Stonehenge What Lies Beneath  and make you own mind up.
My wife & I had been wanting to visit the place for a while and got the opportunity during our holidays. Both of us ad been to the place before I might mention. 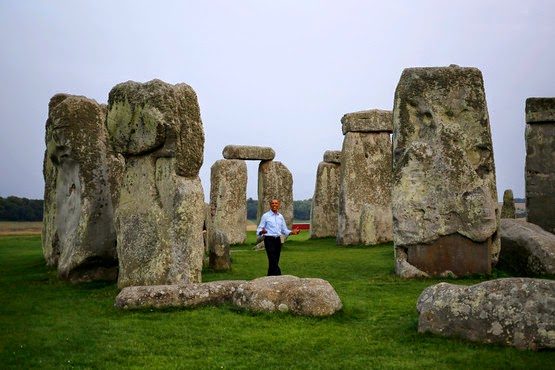 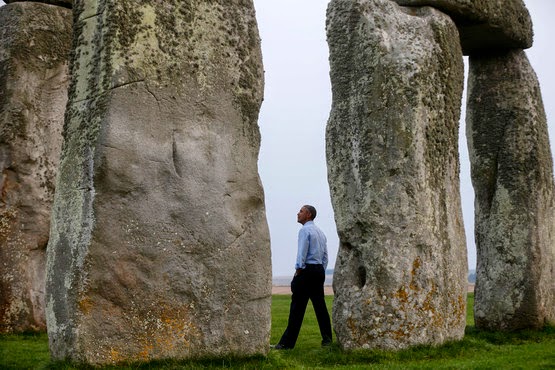 Fact is you could do this till around 1977 when it was roped off because of erosion & damage, probably not helped by the Stonehenge Free Festival that happened between 1972 & 1984 and culminating with the Battle of Beanfield in 1985. Since then any use has been strictly restricted 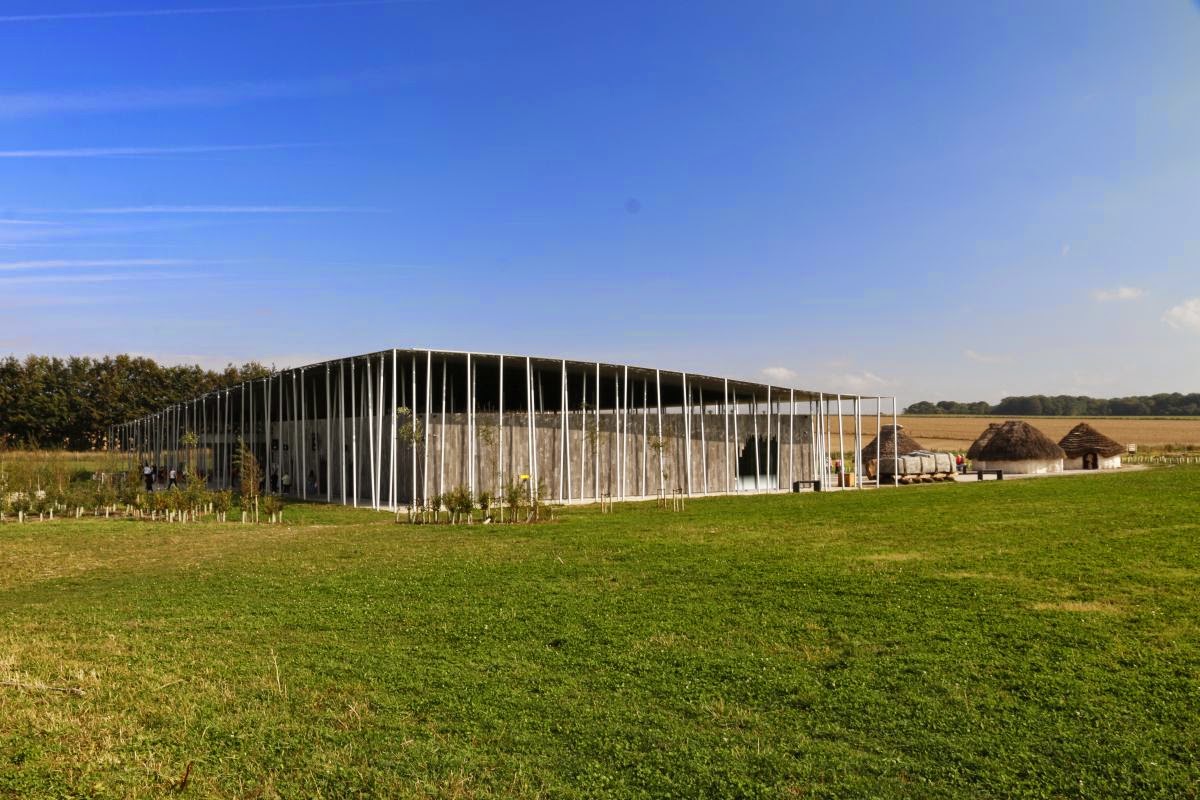 Lets get on with this post and it's a long one, bit like the henge from the entrance here which is a couple of miles away. Have to admit I'm not impressed with this new building but saying that the give shop is not bad nor is the cafe which sells a great pasty. There is also a museum you can walk around 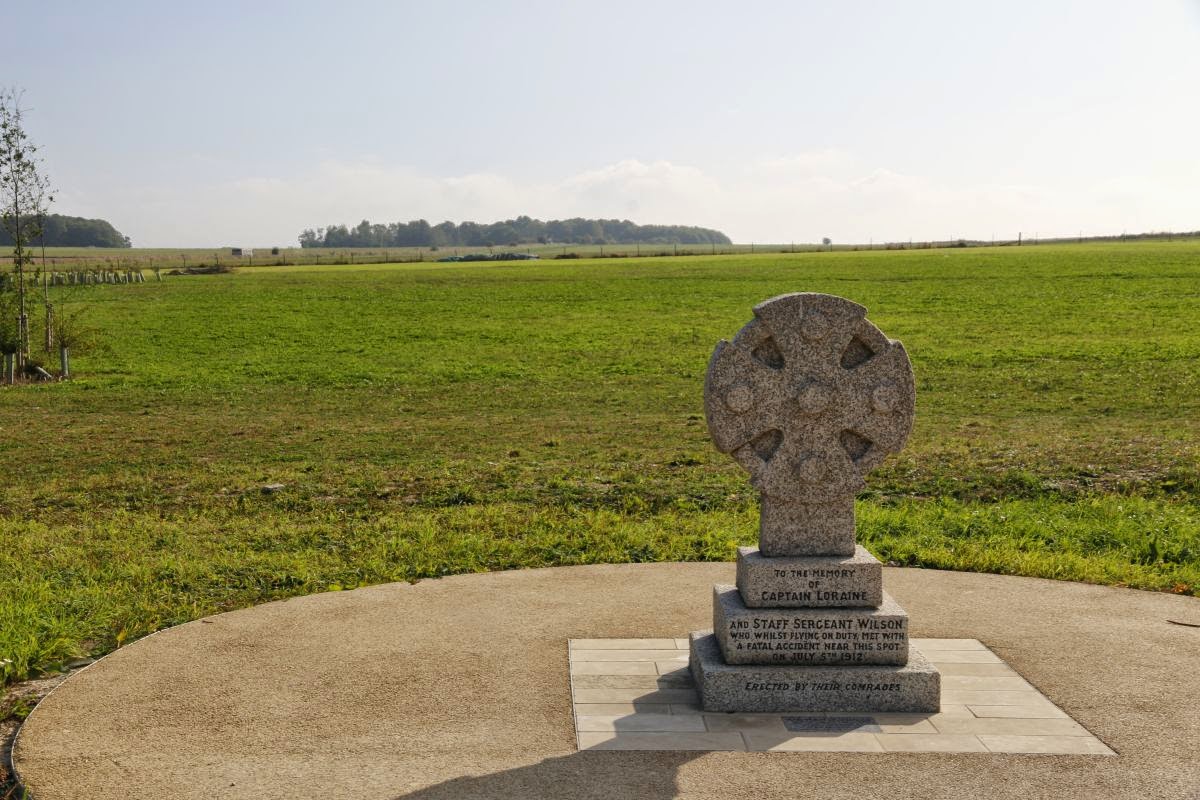 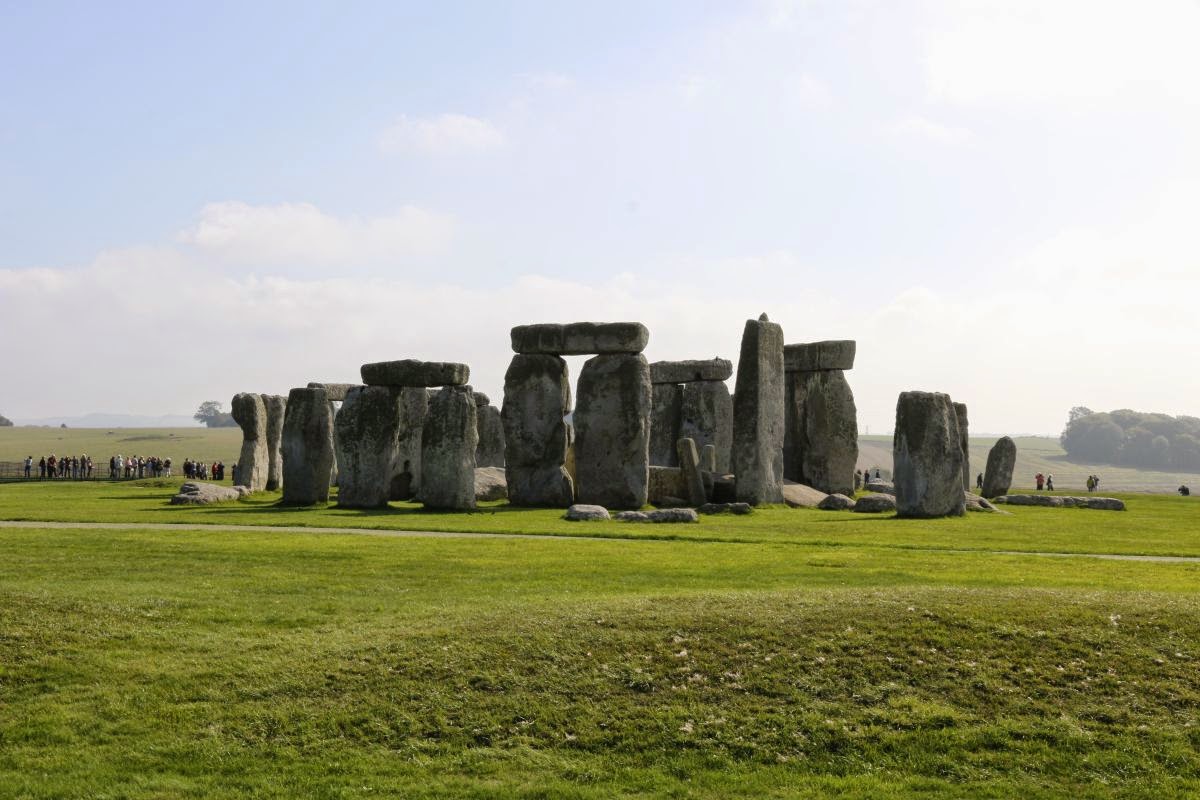 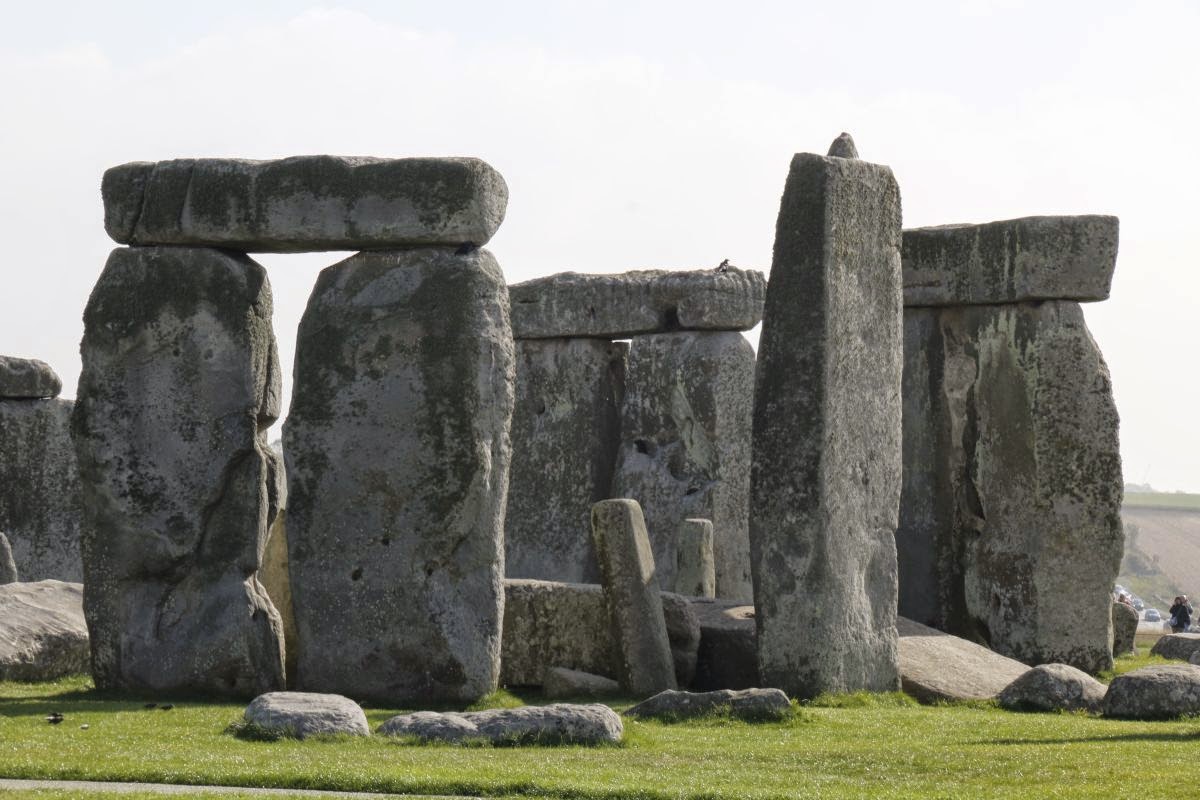 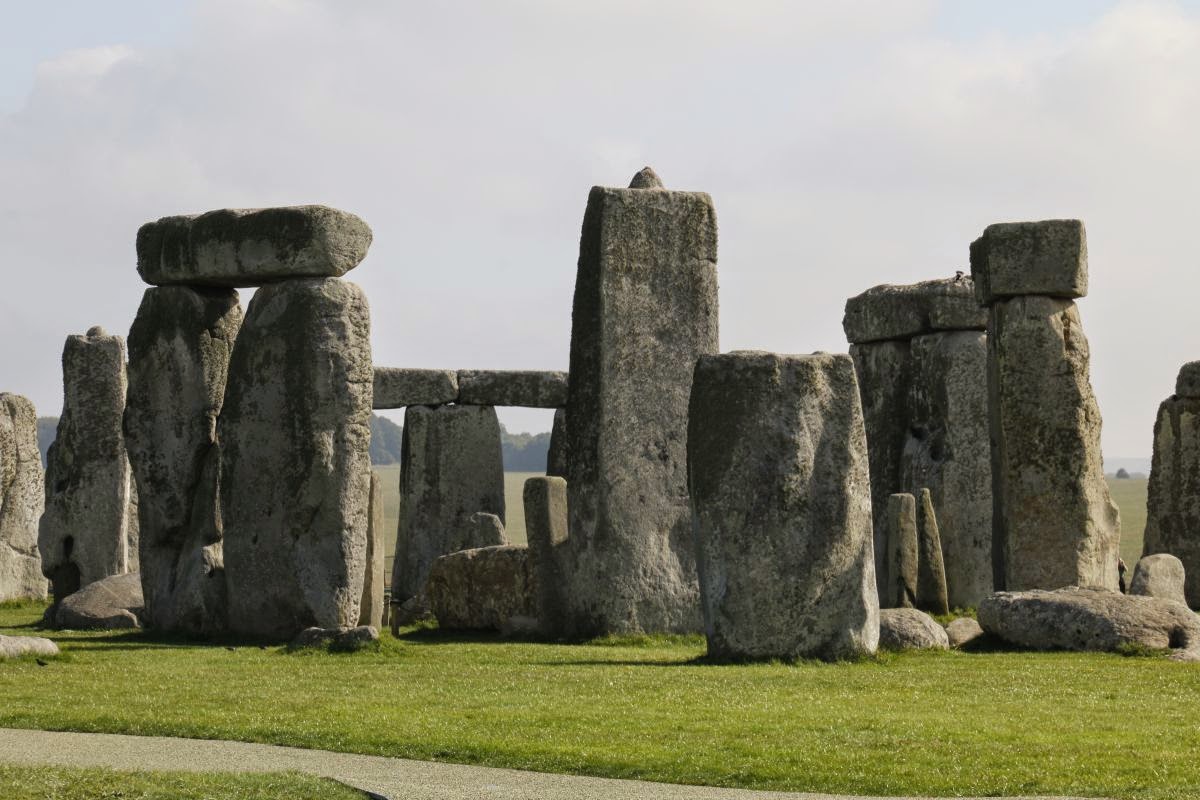 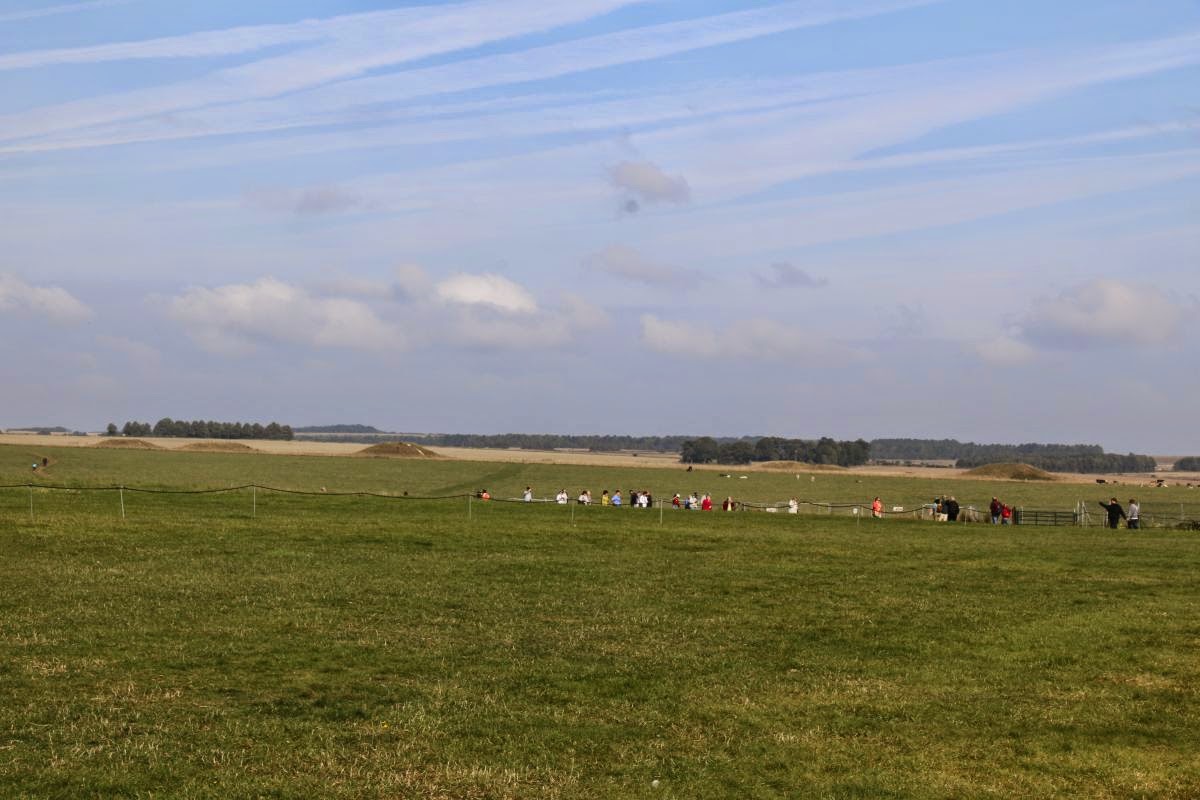 In the distance you can see a line of barrows or burial mounds, they are common round here 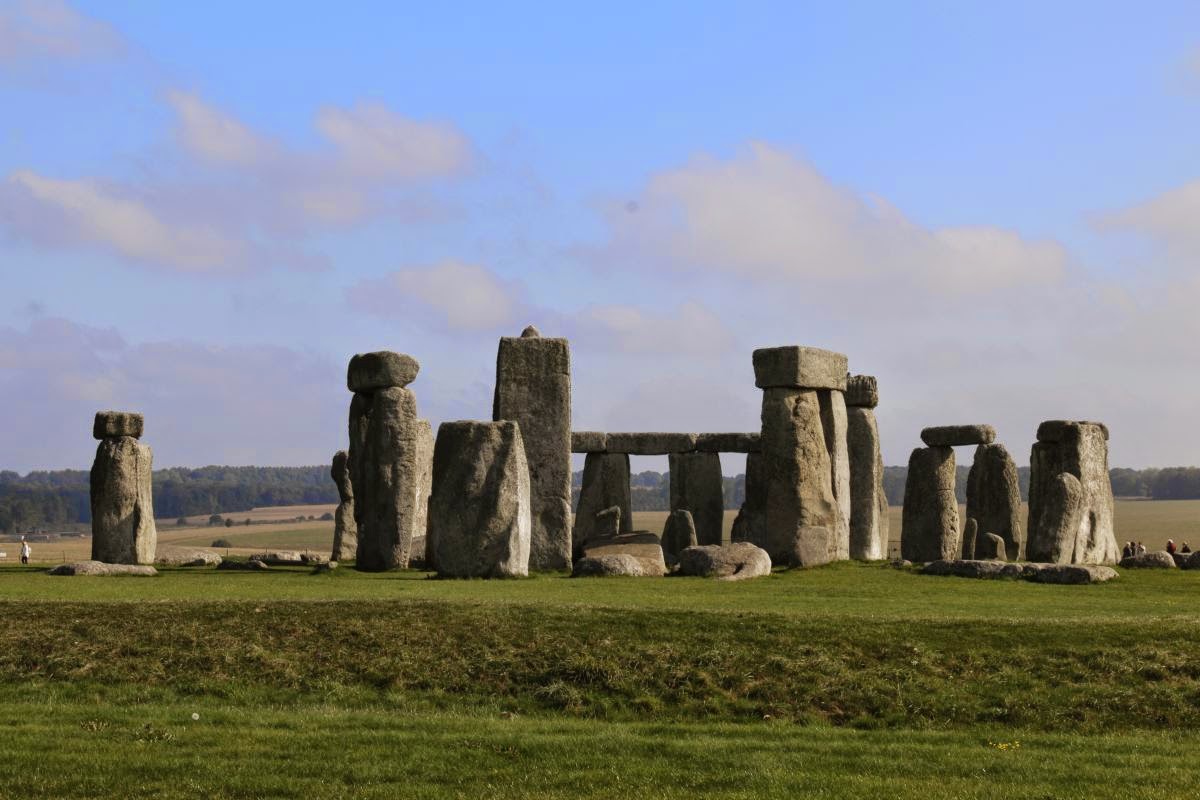 Going further round the stones, you can see a ditch in the foreground 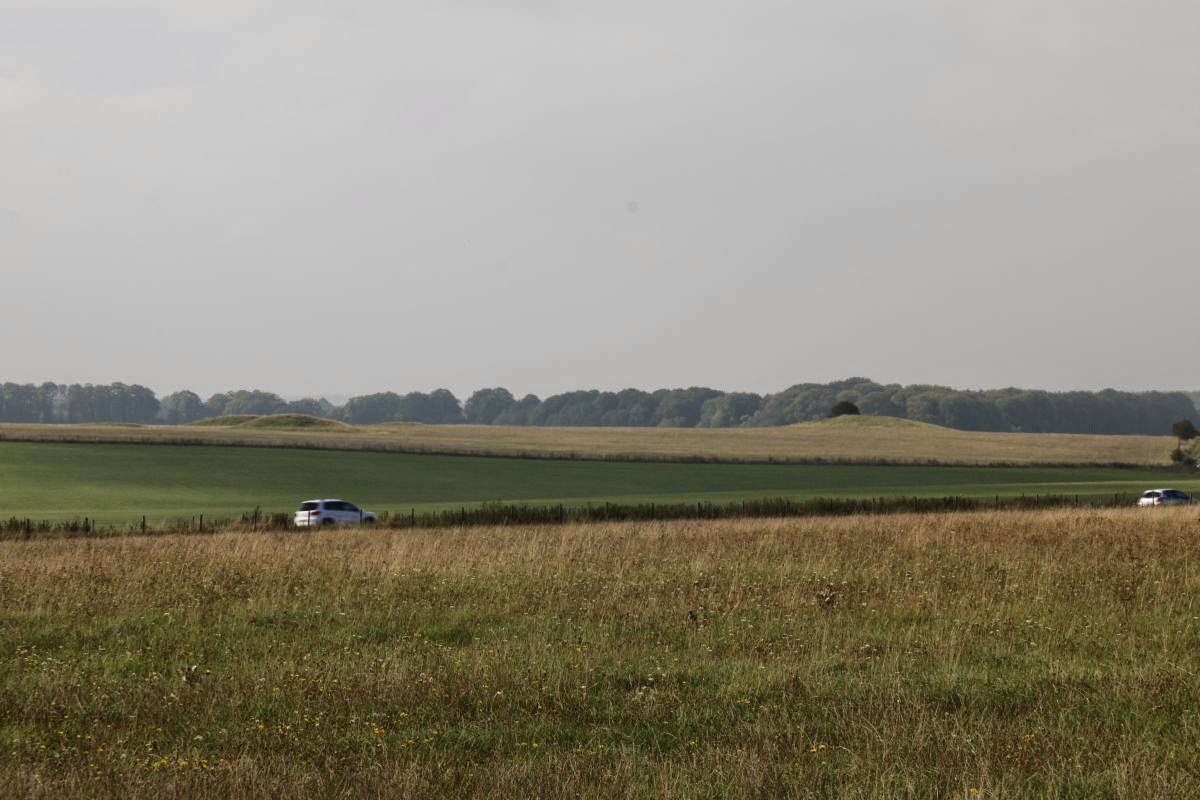 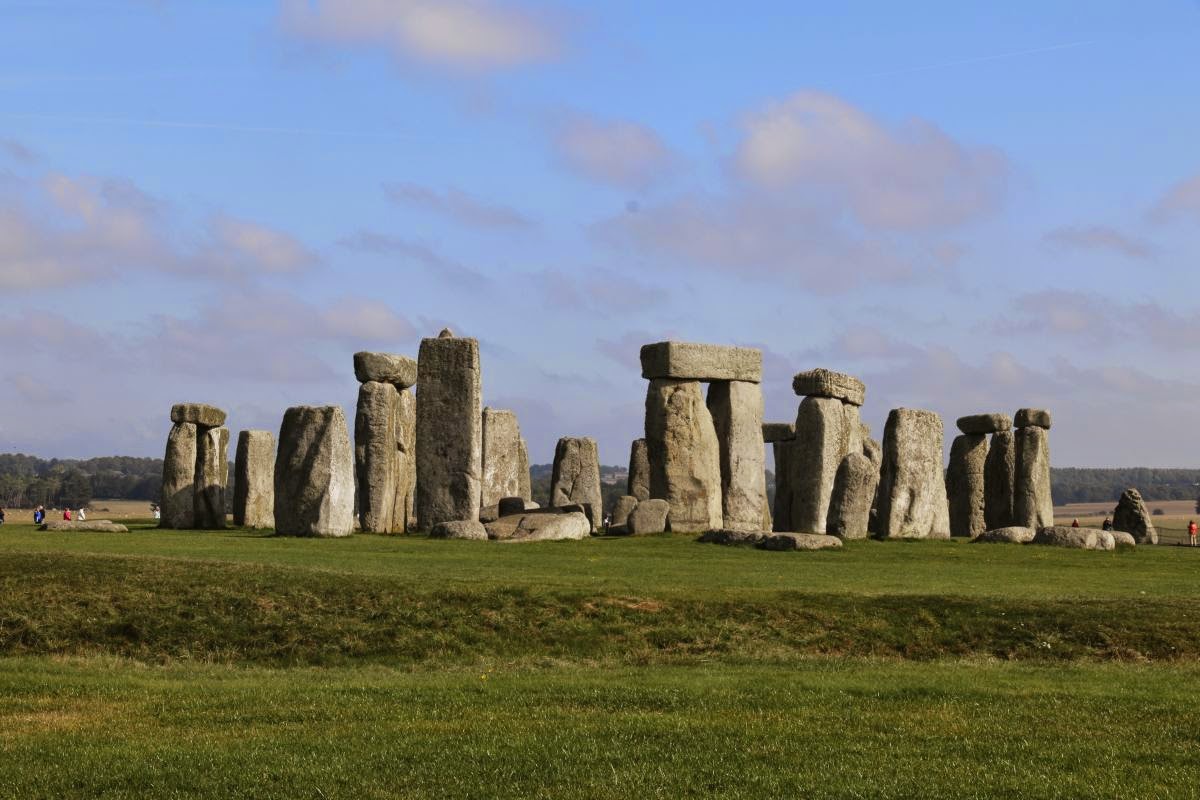 Got to admit they are impressive 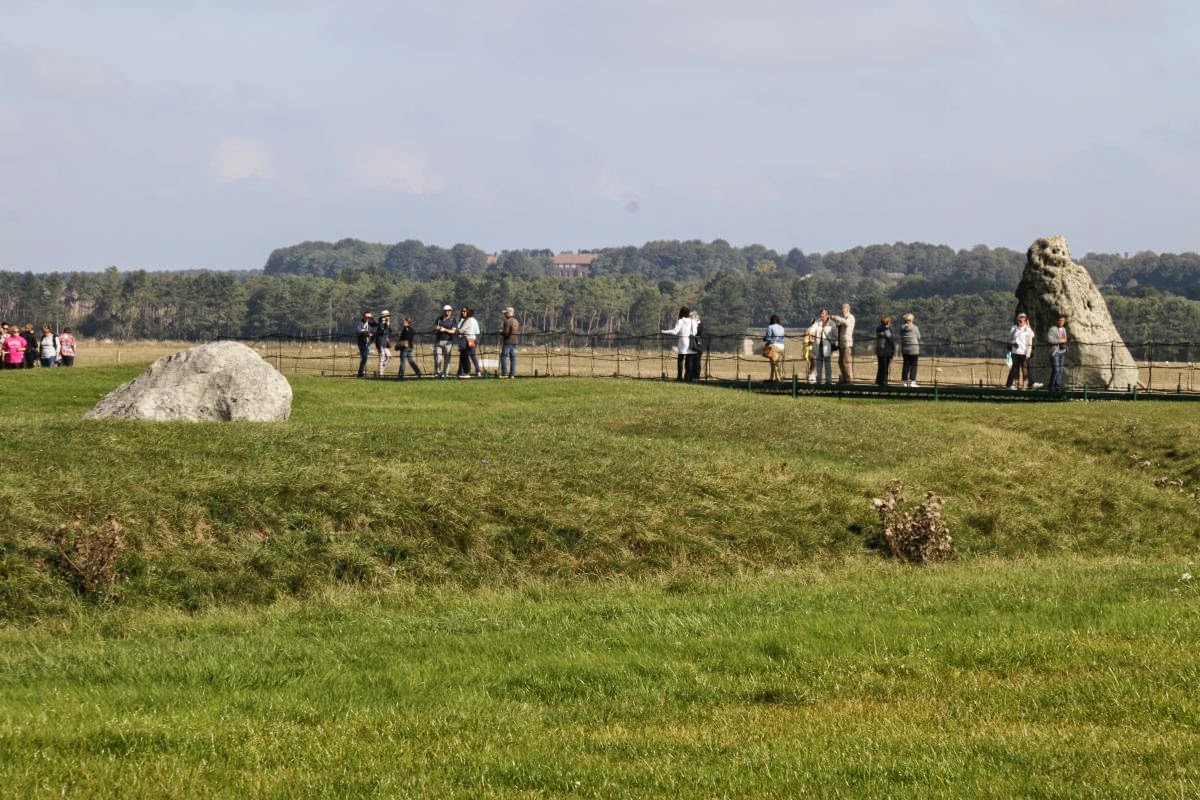 People looking at the stones 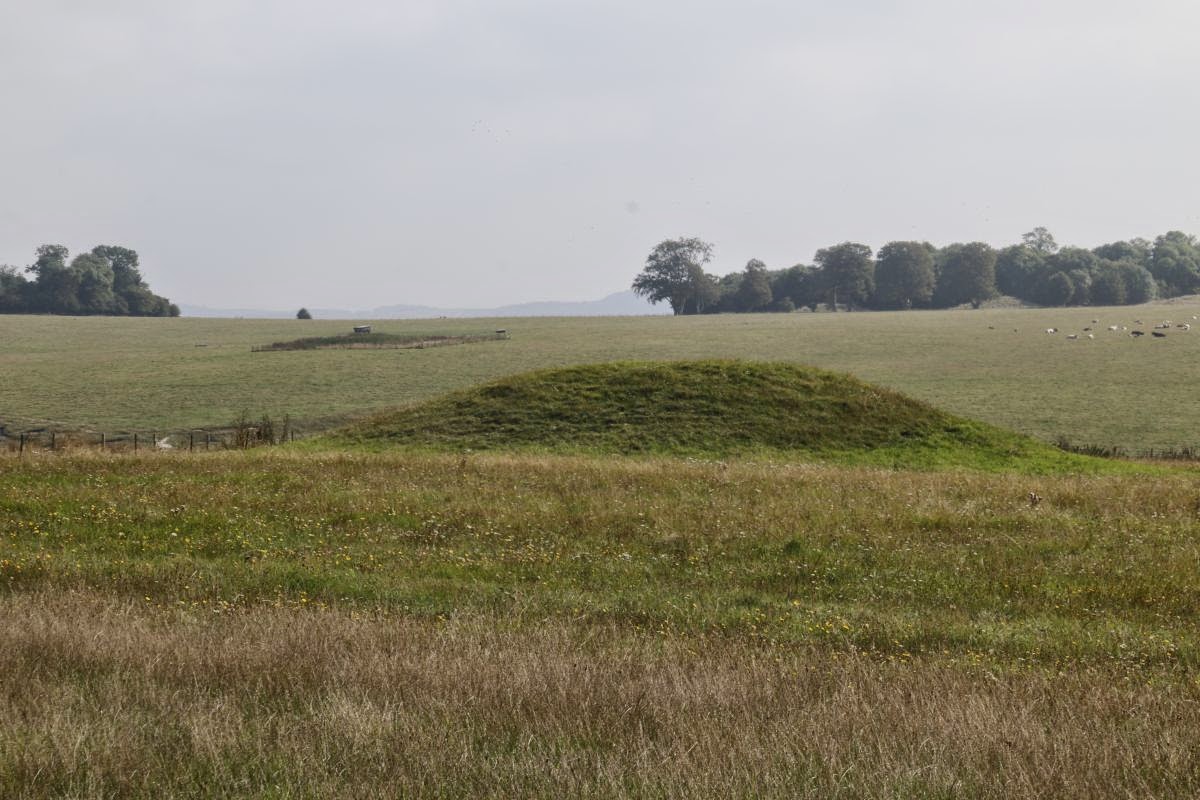 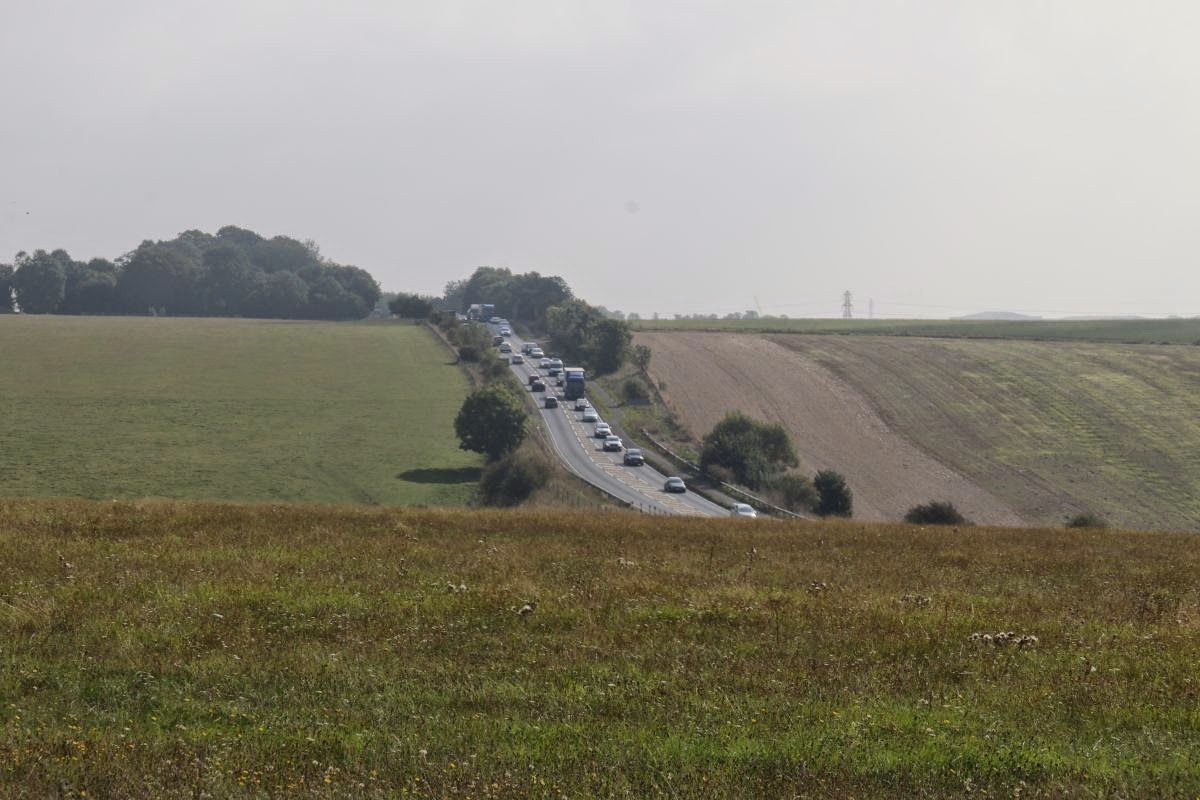 The road again, check the line of cars behind the rubber neckers 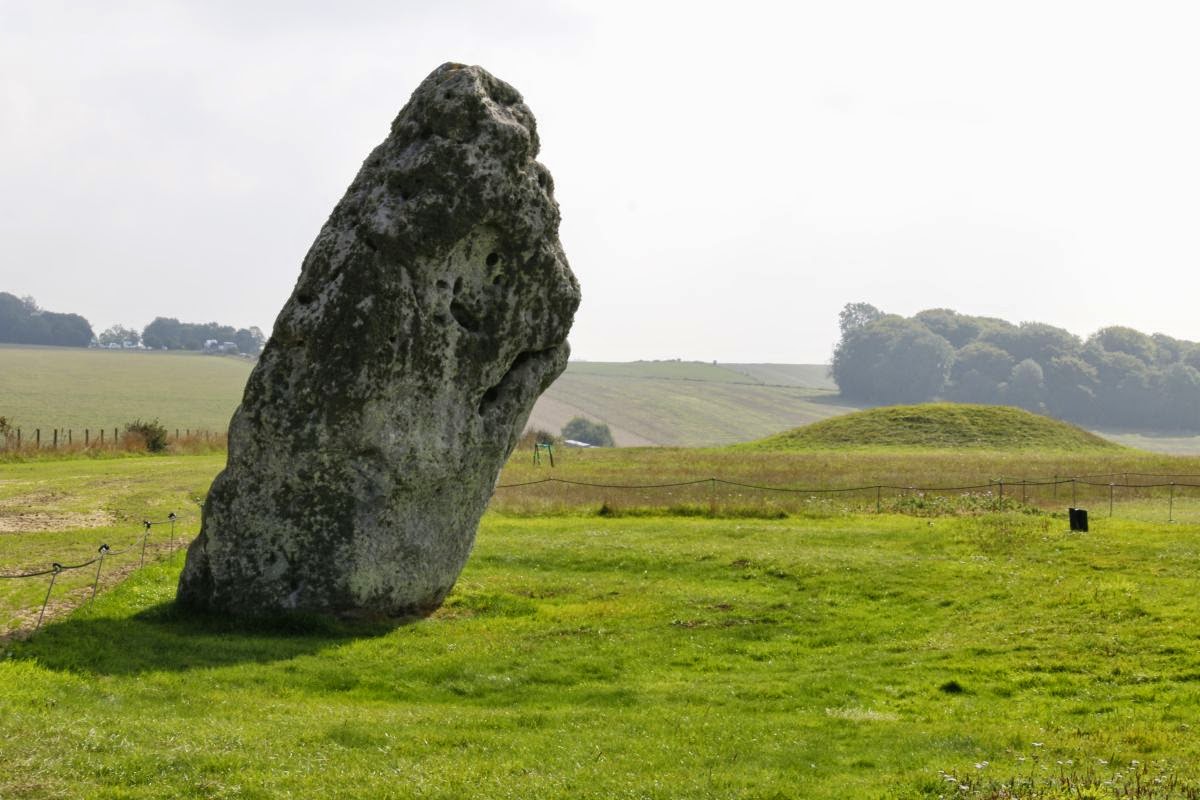 This is called the heel stone 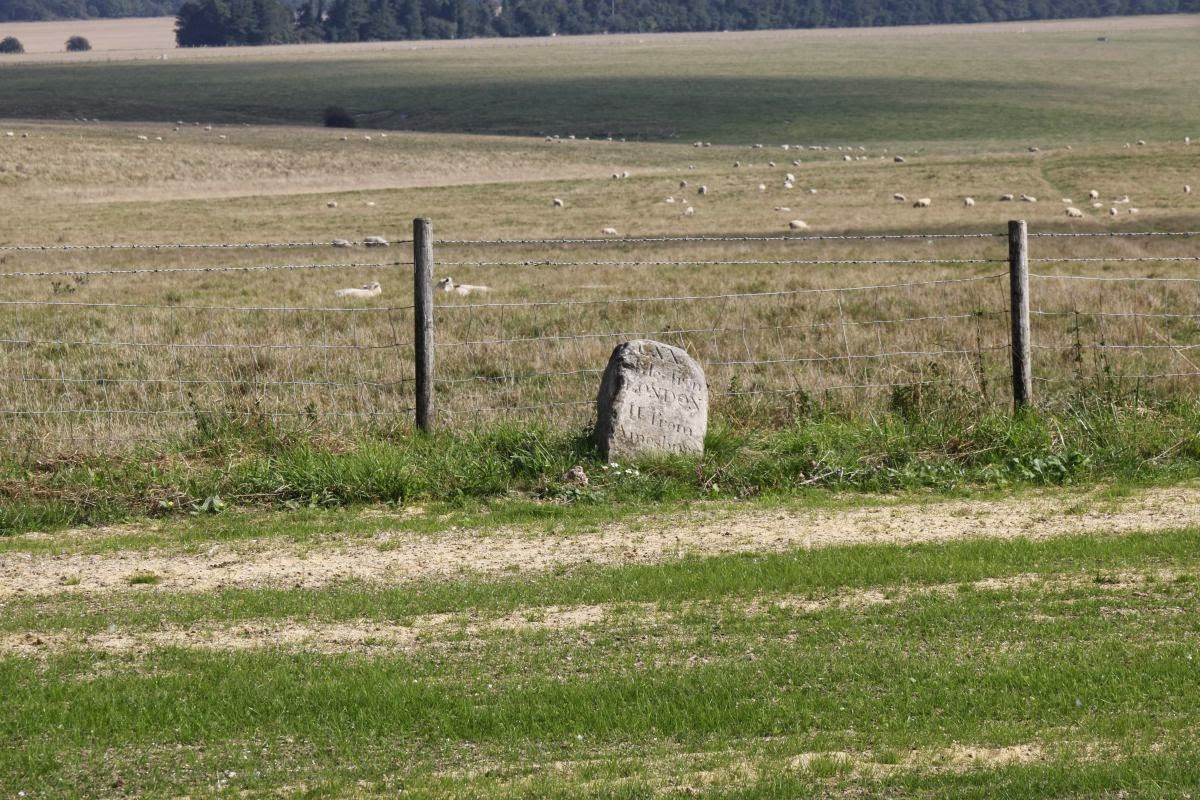 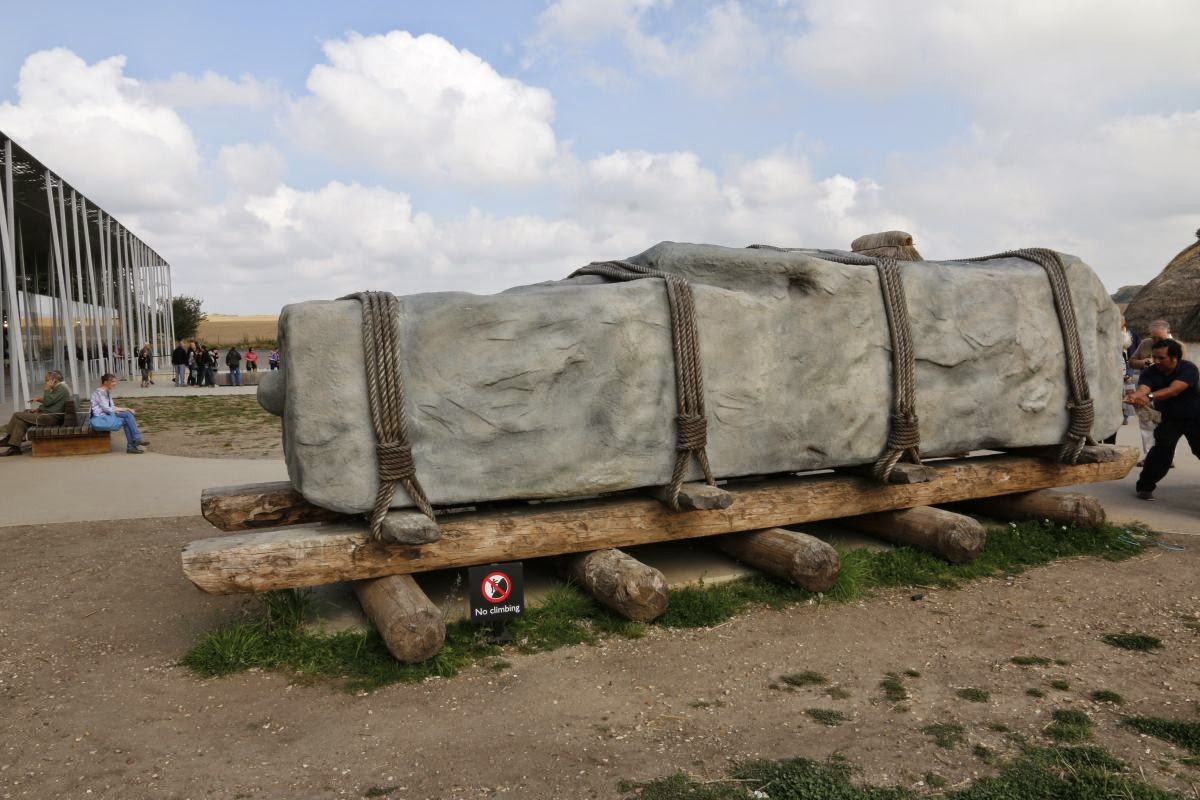 this is a replica of a stone on a sled which is how the pulled it. Cop the numpty on the right trying his hardest 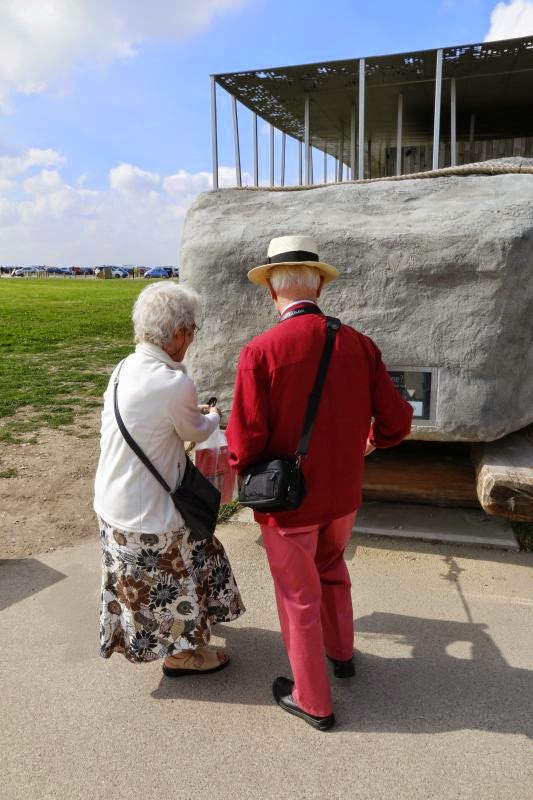 I recon this lady did better 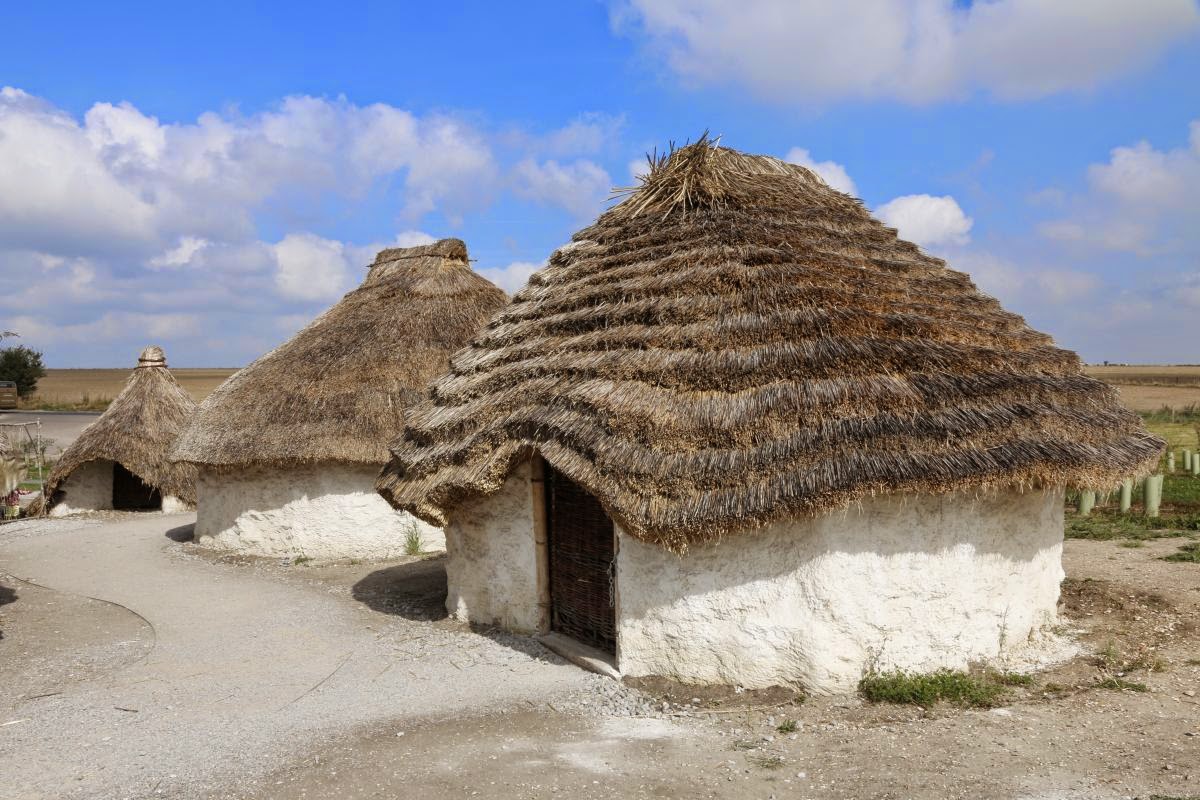 This is a replica of the building that may have stood round here though I doubt very much if they were painted white, more a nice shade of mud

Well that's my little tour to Stonehenge, make of it what you will but if your in the area no doubt you will want to visit. You can check out more at English Heritage or read the link on Wicki.
Taking Part in Our World Tuesday

Email ThisBlogThis!Share to TwitterShare to FacebookShare to Pinterest
Labels: Stonehenge