One Hundred Years ago the first World War Started and Britain went to war with Germany. At the time the Royal Berks territorials were on summer camp Private Alfred Abdey would have been with them but for the fact he was in Hospital at the time in Wallingford. He passed away the day after war was declared on the 5th August 1914. Because he died in service he was given a Commonwealth War Grave like many of his comrades who died on the Battlefield. 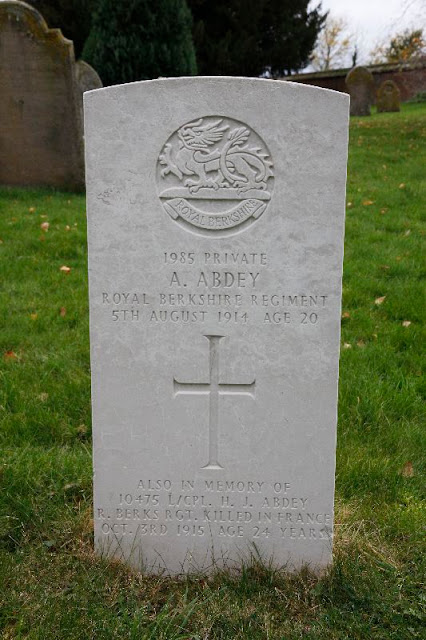 His Brother  Lance Corporal Herbert John Abdey is Remembered on Loos Memorial, the panel reference is 93- 95 which I fear means his body was never found and is remembered on Alfred's Headstone 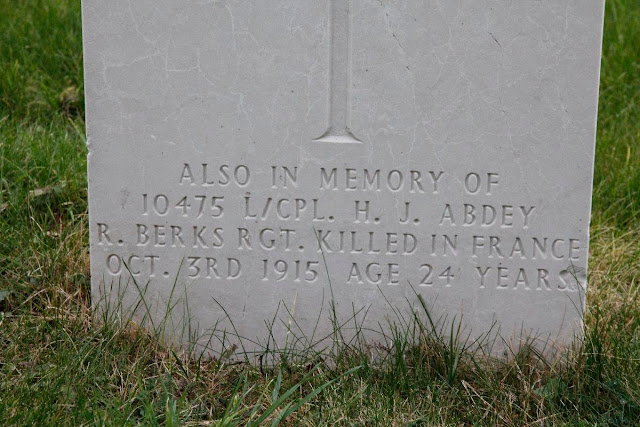 You can read more about the men from Cholsey who gave their lives for their country in the link I gave at the beginning. The War did affect the village and I fear many families were destined to die out the Abdeys being one as I noticed this last grave not far away in the new churchyard 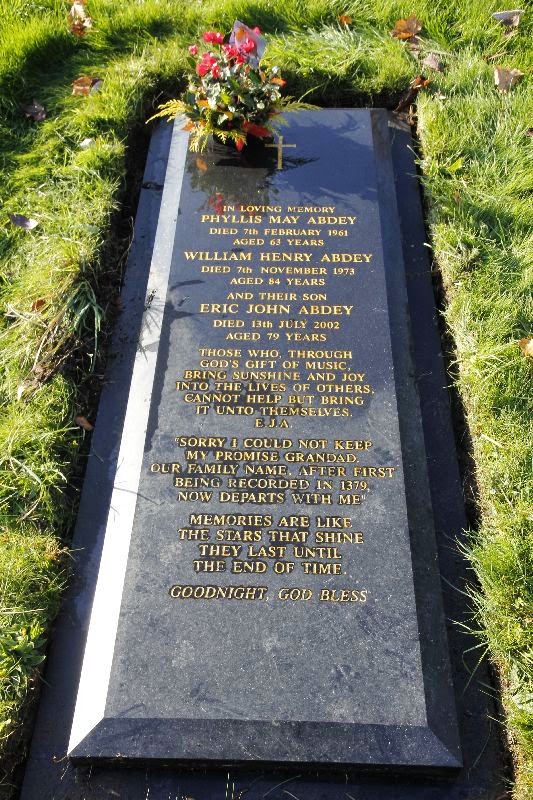 Taking Part in Our World Tuesday
Posted by Billy Blue Eyes at 21:21