Midday on the 12/12/2012 taken as 12 min past the hour one of those things you tend to do. Jessops were running something where you took one at Midday where as Geograph did it properly and we took the photo at 12 min past 12. The photo is along Avon road in Chilton which used to be part of UKAEA Harwell formally the RAF station. This was part of the perimeter road which lead to one of the runways behind me. After the war when the UKAEA took over this part was the Prefab Housing estate, it was demolished in the 1980's. Now as you can see a new housing estate has been built over on the right. 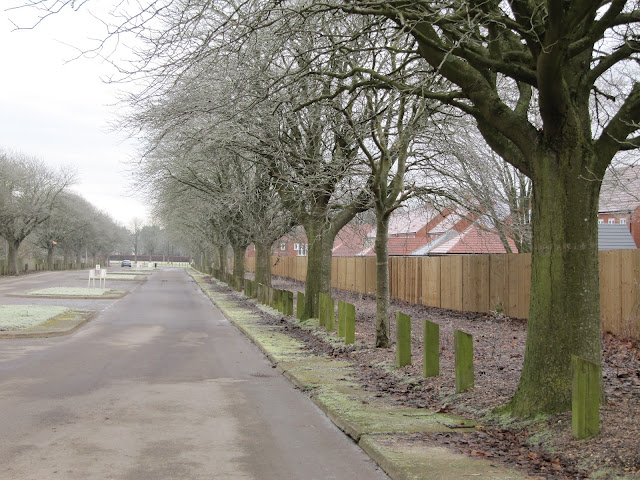 What I did not say above was that the area on the right was the bomb store in the war and after the war chemicals were stored there, it was only a few years ago they realized this and it cost a lot of money to restore the area.

Email ThisBlogThis!Share to TwitterShare to FacebookShare to Pinterest
Labels: Harwell