This week my SkyWatch goes back to the end of August and the sunrise I noticed, it was not anything special like others but the skys during the day were much better. I also showed a post worthy of SkyWatch so of you would like to see them the click on the link More Wide Photos 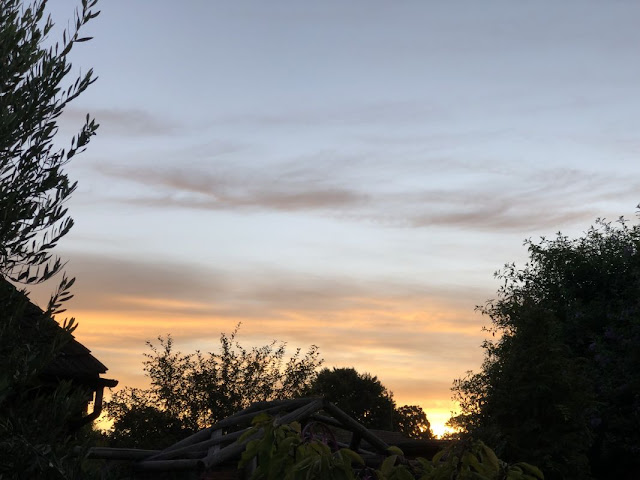 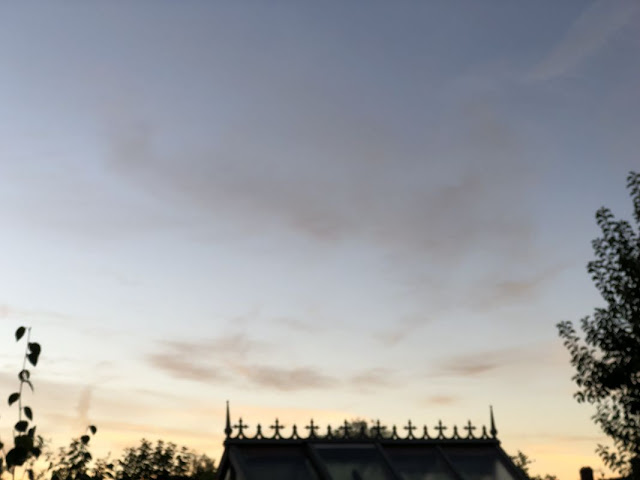 It was more a yellowish tinge 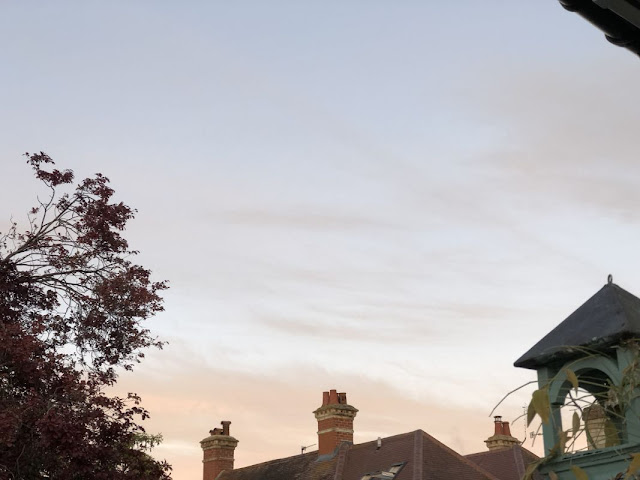 The opposite was was a little more pink 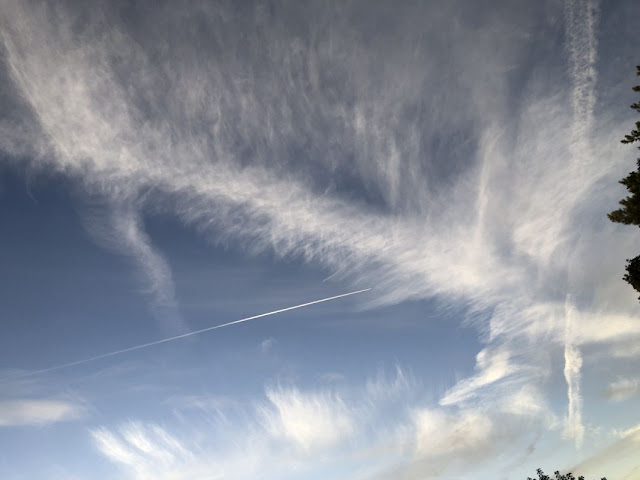 12 hours later the blue sky had some beautiful clouds 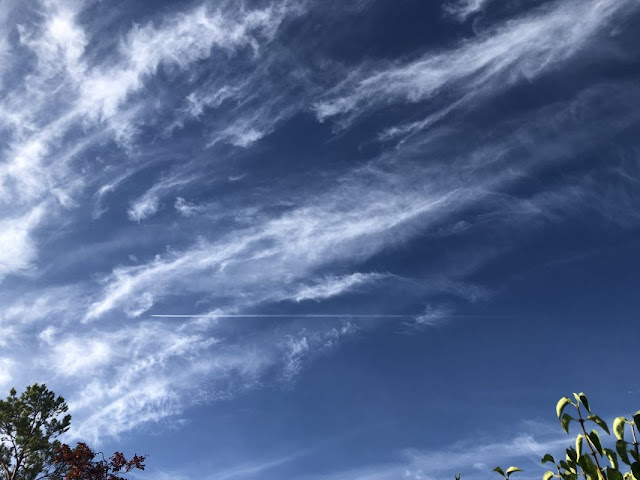 A plane adding a straight line of vapour 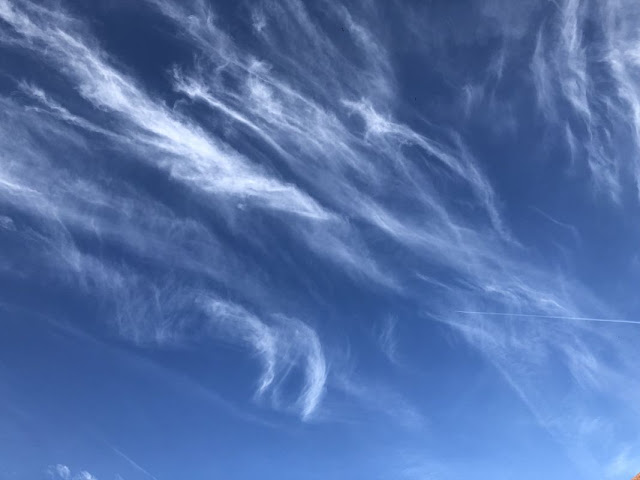 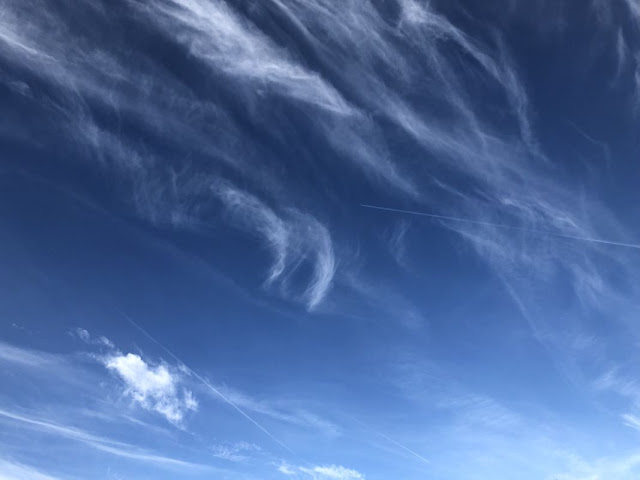 Zoomed out another cloud and plane appeared.
Happy SkyWatch
Posted by Billy Blue Eyes at 18:46