Monday morning it was time to get up and let the dog out. On opening the door I looked along the patio  & noticed the sky, it was red 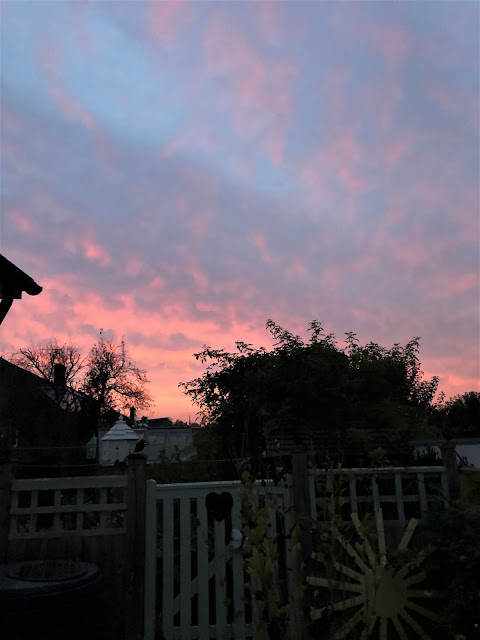 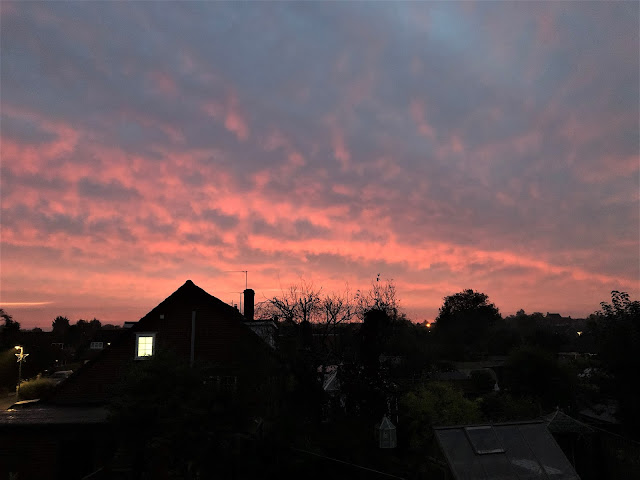 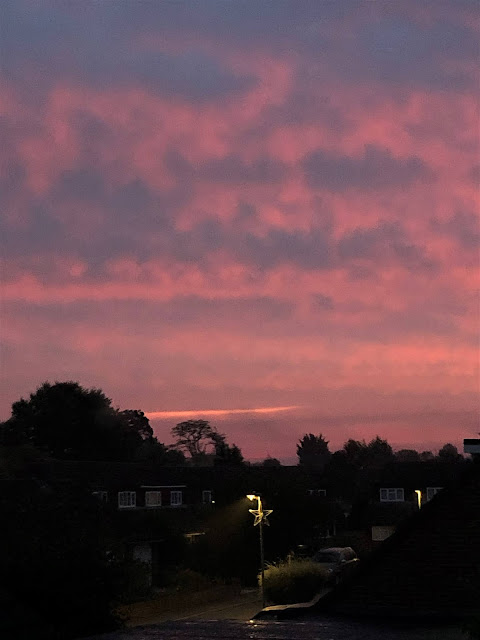 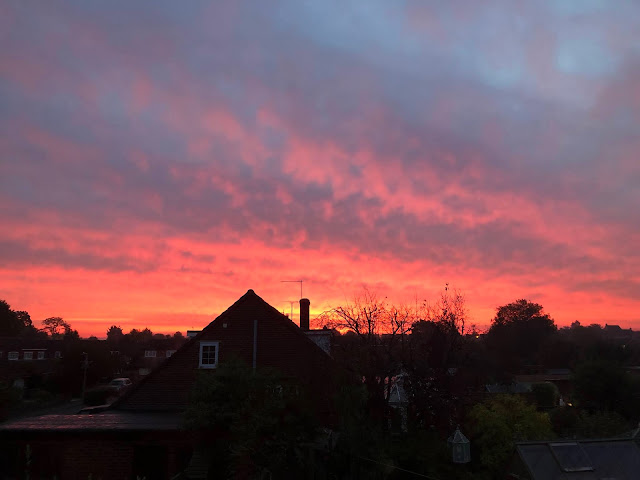 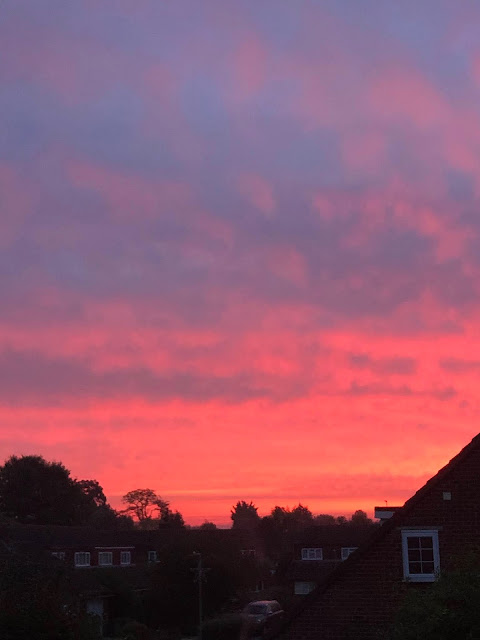 Such a beautiful colour 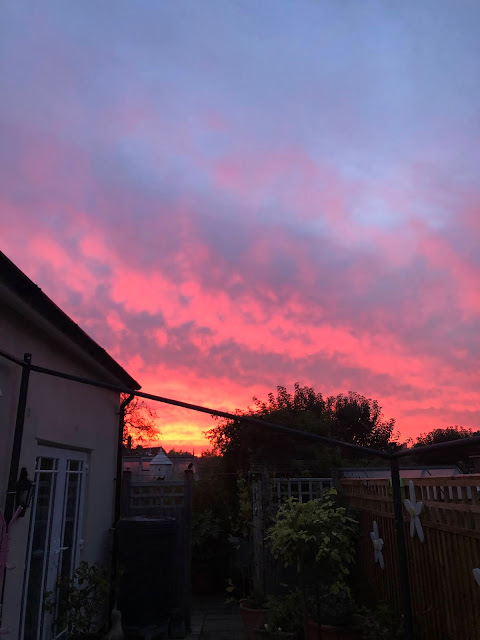 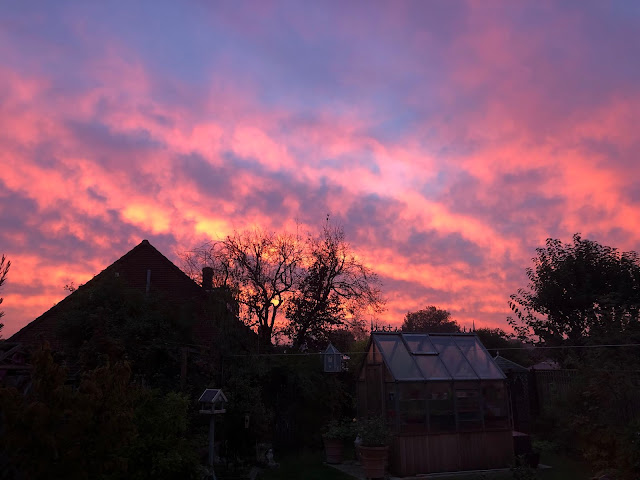 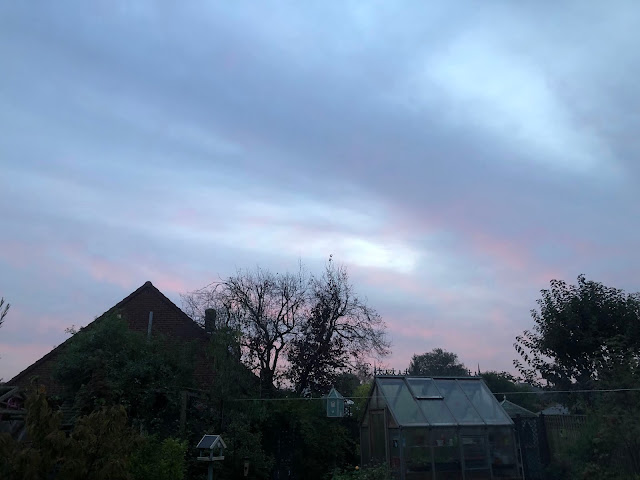 and 20 odd minutes later it was all over. As the saying goes Red sky at night shepherds delight, red sky in the morning shepherds warning. A little later it rained a lot
Happy Skywatch