The cooling towers at Didcot have been a landmark for South Oxfordsire since the 1960's when they were built. In 2014 the first three were demolished and I went along to watch today the last three would see their final sunrise because between 6 & 8am they would be demolished. Last time I watched from Harwell and the place was crowded with people and parked cars, this time I thought I would get a good vantage point from outside the village on the hill and as I had a 400mm lens that would suffice.
I got up at 5 in the morning which was lie in for me because last time they were supposed to be blown up at 3 in the morning and I had got up at two to see it. In the end it was 5 and the dawn was breaking. This time I got my bike out and cycled up the hill. On the way there a car overtook and parked up a little way down then I passed a family walking up the hill and greeted them as I rode past. I dropped my bike on the side of the road and jumped across a ditch to the stubble field I was going to put my tripod. The person who came up the hill in their car was stood there with their dog. After setting up the family arrived carefully picking their way over the ditch. It was not long before more people arrived and cars were getting parked up along the road. Around 6.30 one person told us that they has seen on twitter the towers were coming down at 7am. Looking around the hillside was quite crowded with villagers eager to see the event. some were even in deckchairs with a picnic. I realised one of my old mates was stood on the roadside right next to me with his wife. He had driven over from Ewelme to see it. We grew up together in the village before he move away he wanted to witness the occasion of the demolition because like me he had grown up with the towers. 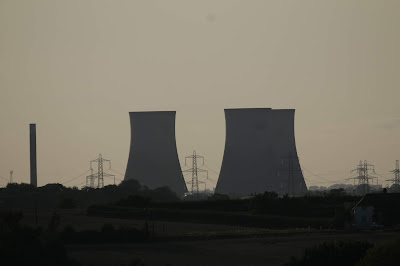 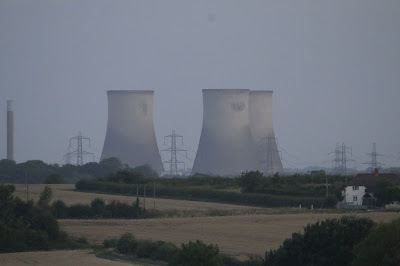 5:40 in the morning the towers await their fate 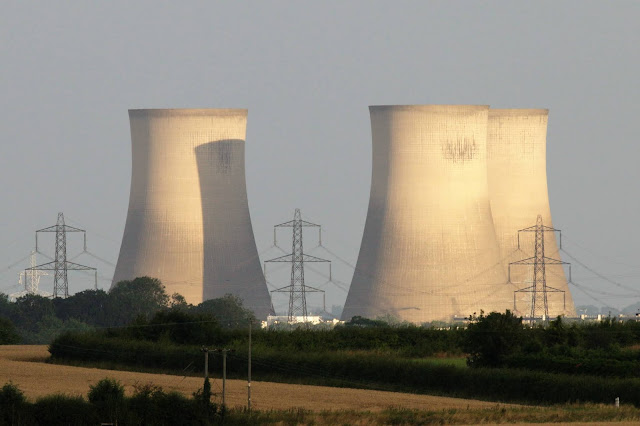 6:56 the sun shines on the towers for the last time 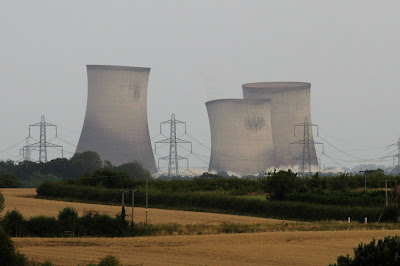 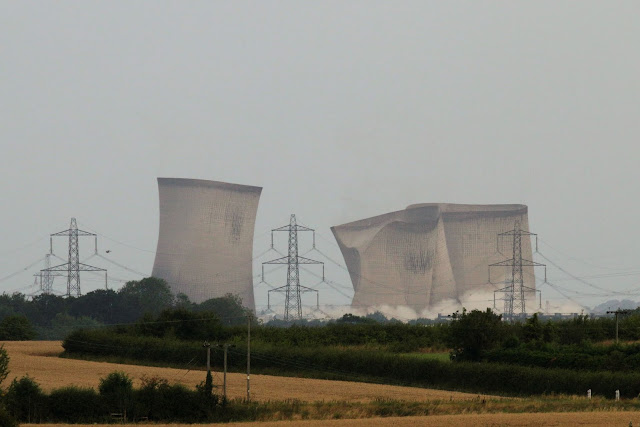 As they come down the distort 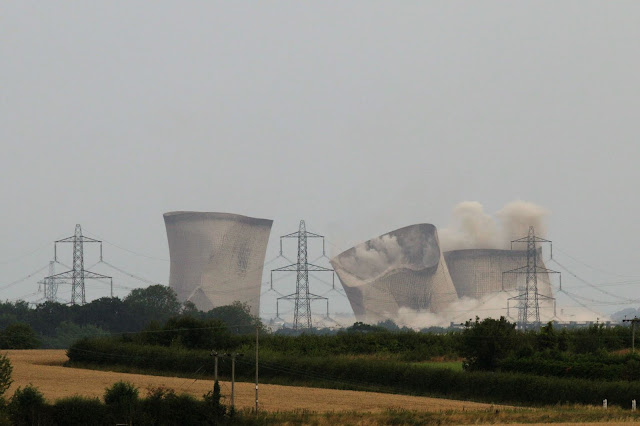 The one on the left is buckling 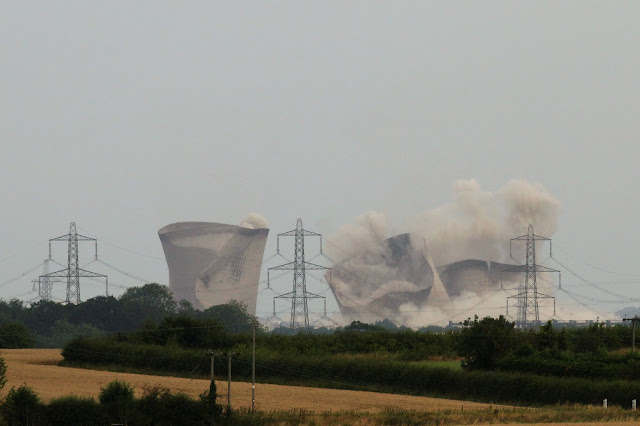 while the others are on the way to the ground 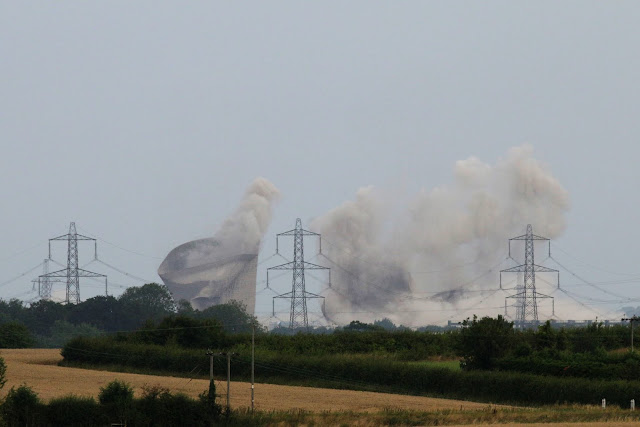 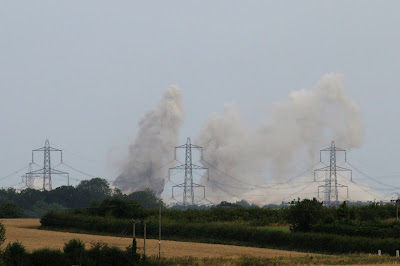 The first two hit the ground the third is still collapsing 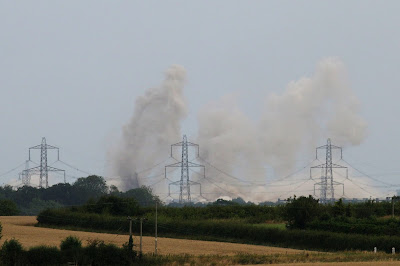 The final moments of the third tower and dust erupts 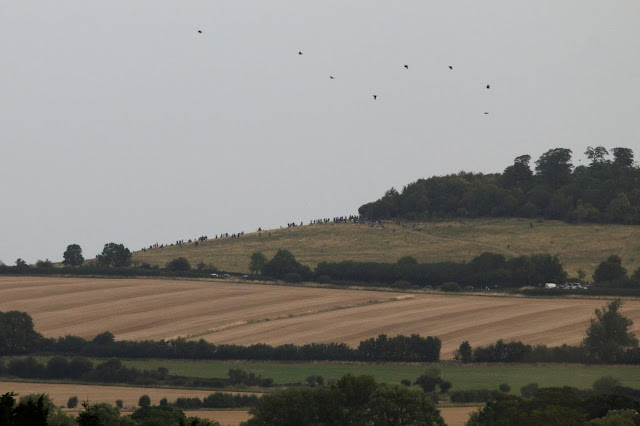 Over on Wittenham Clumps people are watching as well 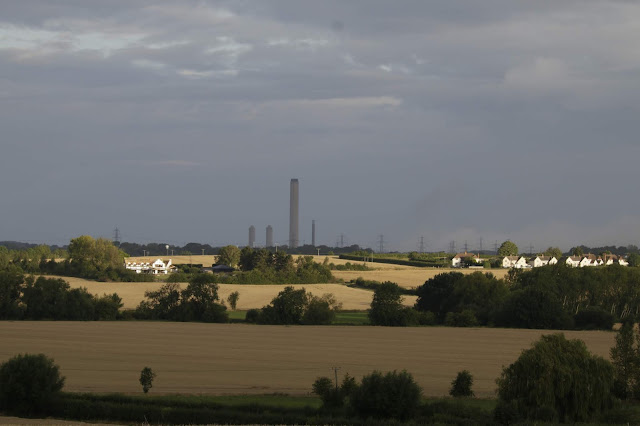 But the view from both places has changed forever. The remaining stack will be bright down later in the Autumn. I will be there for that moment I saw it being built I will see it's end.
Below are a couple of videos of YouTube of the event


BBC footage of the towers, worth watching

This second one is one of the better ones I found .